Skip to Content
Home / Fashion / Men's Fashion / What Is The Right Type Of Watch For You?

Watch jargon can be confusing, especially when all you want to do is find something that suits your own personal style, doesn’t completely rinse your savings account and isn’t so prone to scratches, knocks or shocks that it can be worn more than one day of the year.

As much as this insider language can feel like a salesperson’s way of bamboozling you to get you to spend more, knowing one type of watch from the next can actually help you decide which one would be most appropriate, both aesthetically and economically. Chronographs are one of the most popular styles but how many owners actually use the signature function? Conversely, your surname doesn’t have to be Cousteau for a diving watch to make perfect sense for you.

Below, you’ll find a broad guide to the most popular and useful types of watches you might encounter, along with classic examples of their kind. Consider it your own personal mood board for the next addition to your watch wardrobe. This first-ever pilot watch was the unlikely-looking Santos – created in 1904 by Louis Cartier to be worn by his aviator friend Albert Santos-Dumont. It is almost unrecognisable as a pilot’s watch today. It was square, the Roman numerals weren’t exactly legible, and it had no chronograph, but it was a start. It was the military that had the greatest influence on the pilot watch design as we know it today.

The likes of the French Aéronavale, the British Ministry of Defence, the German Luftwaffe and the Italian Aeronautica Militare demanded large (some as big as 55mm), easy-to-read, accurate timekeepers with oversized crowns and fluted bezels that could be manipulated with gloves on in a cramped cockpit. They were part of the pilot’s kit – a genuine tool.

Apart from the size, legible luminescent numerals, oversized crowns and, often, a chronograph function are still integral to this particular style. Breitling, the RAF pilot’s watch of choice unless they’re Bremont fans, went one step further and invented a slide rule bezel for its Chronomat to allow for further in-flight calculations, such as fuel consumption, speed and distance.

How to wear it: The only suit this works with is a flight suit, otherwise keep it casual. Making its debut in 1926 in the form of the Rolex Oyster, the primary function of diving watch is its ability to accompany you into the water. According to the International Organisation for Standardisation (ISO), in order to classify as a proper diver, it needs to have a unidirectional bezel, clearly distinguishable minute markings, visibility at 25cm in total darkness and a luminous second hand as reassurance the watch is still running.

It also needs chemical, shock and magnetic resistance and a strap that isn’t prone to dropping off in the deep. The minimum depth rating is 100m, which is slightly misleading if you plan to use your diver for, well, diving. 100m is fine for a few laps at the lido but in order to swim with the fishes you need 200m or more.

Of course, most actual divers these days use computers to assist them into the depths. Diving watches, however, have retained a manly, durable quality that appeals to sea-farers and landlubbers alike. Plus, classic designs like the Rolex Submariner mean they work with most dress codes.

How to wear it: Thanks to James Bond, this is probably the only tool watch it is acceptable to wear with a dinner suit, though never with a rubber strap. And it’s much more at home with a weekend uniform. Precisely what constitutes a military watch is contentious. There are the purists who think that only a watch that was or is issued to a country’s armed forces or is purchased and worn by military personnel can be considered military. Others are more relaxed and apply the term to anything utilitarian, solid and not flashy.

It is a category that encompasses diving watches, like Rolex’s Milsub or Omega’s Seamaster, pilot’s watches – Bremont does roaring trade with its only-for-the-Armed-Forces designs – and what could be termed field watches such as Hamilton’s virtually indestructible Khaki Field Mechanical. A mechanical movement is preferable to quartz because there’s no worry about batteries running out; that said Seikos and Citizens are standard issue for some forces.

The best description is from retired Air Force Colonel Richard “Nemo” Sweeten who now works on Bremont’s military and special projects: “It needs to be able to withstand extreme environments and rough treatment.”

And smart watches are most definitely not included. “They are essentially modern computers strapped to your wrist that are able to be both recording and listening devices.” Siri earwigging in on a pub – sorry special ops – session aside, the beauty of a military watch is that you can find one to suit your personal style and your budget.

How to wear it: It’s best allied with hard-wearing menswear like denim or combats. Leave it at home when you don a suit – that’s an order. A chronograph can be succinctly summed up as the one of the most complicated complications to make that no one ever really uses. However, it does yield some very fine-looking watches, which is probably why it’s so popular; not everyone can be using it to perfect a soft-boiled egg.

At its most basic, a chronograph is a watch with a timing function. It can be modular or integrated (the latter being more difficult to make as the timing element is incorporated into the movement rather than just being tacked on), the pusher can be column-wheel or cam-actuated and the second hand can have a flyback (it resets without needing to stop the chronograph dead, improving accuracy) or be a split seconds (able to time two things that begin together but end differently).

Because they are stopwatches that also tell the time, the history of chronograph watches is entwined with aviation, cars and even space travel (hello, Omega Speedmaster). Another reason why it is so damn cool, is the men who have worn one. Paul Newman and his Rolex Daytona, Steve McQueen with his TAG Heuer Monaco, the entire Apollo 11 and 13 crews and their Speedies.

How to wear it: Take a leaf from the style manuals of the chaps mentioned above and wear yours with relaxed separates and a touch of swagger. Simple, elegant, classic – a dress watch should be all of those things. As the name suggests this is the companion to your suit – dinner or business.

It should be slim enough to slip discreetly under a shirt cuff and subtle enough not to be noticed – this is not the time for chunky chronographs or oversized diving bezels. The quintessential dress watch is time only, though a small seconds’ sub dial is permitted, maybe a date window if you’re not meeting the queen.

Of all the categories, this is the one where you should spend as much as you can, because like a bespoke suit, you should only need one and it should last a lifetime. Think precious metals rather than steel if the budget allows, leather straps are a must here – bracelets look a little gauche – and remember to retire it when you hang up your suit. Scratches are never a good look.

How to wear it: With dressed-up tailoring, of course. 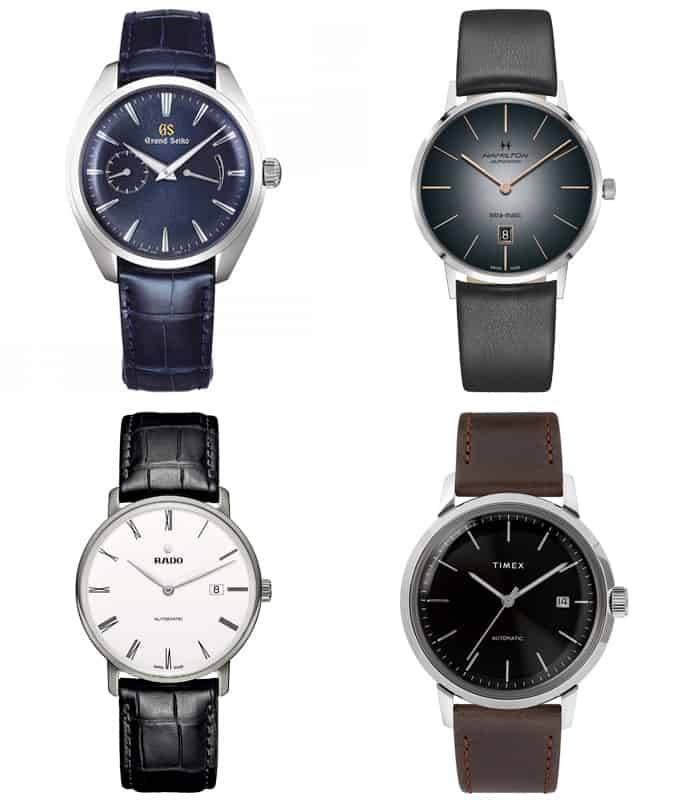 The Big Question: is this a real watch or a wearable computer that just happens to look like a watch? There’s no consensus around an answer but a smart watch invariably has a touch-screen “dial”, connects to your phone, tracks your health and has apps that can guide you around cities, monitor your golf swing, give you recipes for dinner, help you order a takeaway when said dinner goes wrong or translate what the gorgeous woman you just met at a bar in Barcelona said to you.

Generally speaking, there’s Apple’s operating system and everyone else’s designed by Google’s Wear OS operating system, though Samsung also has its own proprietary system for its Galaxy line of watches. There are hybrids that look like watches but have smart capacity, however that tends to be limited to heartbeat tracking, sleep monitoring and maybe notification alerts.

How to wear it: Despite what a cursory glance around any tube carriage would have you believe, smart watches do not look good with a suit. Only those who have jobs that let you dress like a teenager should wear a smart watch into an office. Otherwise save it for the weekend or your workout. 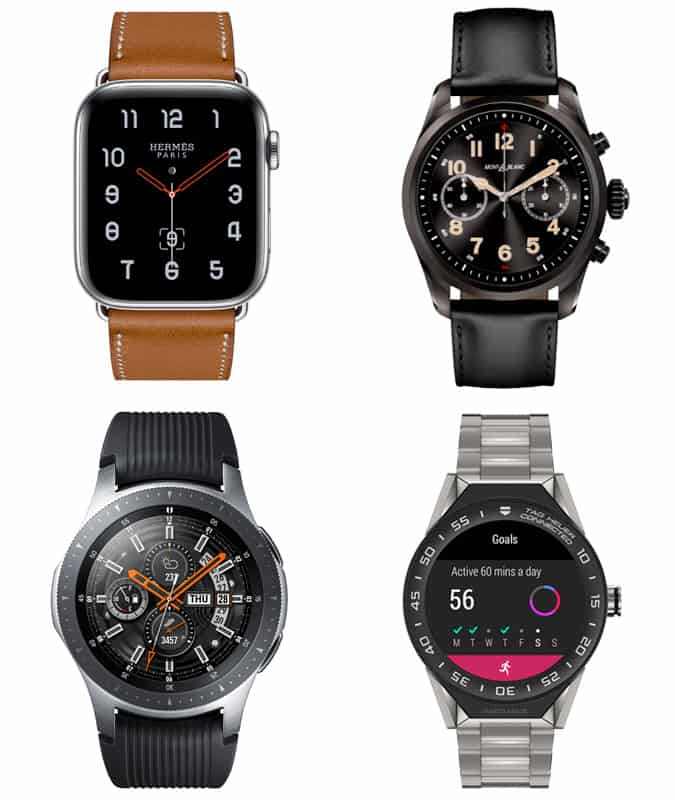 Dual time, GMT or world timer? Or how many time zones do you want on your watch? The first two only give you a second time zone, the third, as the name suggests has every one of the, usually 24 though some high-end options have 37, time zones accounted for.

Although rudimentary universal time watches existed in the 1700s, the most significant name in its development is Genevan watchmaker and ex-Rolex restorer, Louis Cottier, who developed the first modern world time. Strangely it was an answer to a question no one was really asking, given the difficulty of world travel.

However, it was so well conceived with its centre-mounted 24-hour ring rotating anti-clockwise and outer “cities” ring from which the time is read, that everyone from Patek Philippe to Rolex worked with him on world timers and his design wasn’t altered for around 50 years. It took until 2011 for a brand to create a watch that features all 37 time zones, which Vacheron Constantin did in its Traditionelle after three years of research.

Dual timers, as the name suggests, shows the time in two places on a main and a sub dial. GMTs, which were invented by Rolex in 1954 with the launch of the GMT Master, use a 24-hour scale, usually on the bezel, to track the second time zone indicated by a fourth, centre-mounted hand.

How to wear it: It is a complication that can come in many guises from brightly coloured sportiness of the Rolex GMT Master II through Bauhaus from Nomos to the slim elegance of Patek Philippe, so if this is the complication for you then you will easily find something to slot into your existing wardrobe. Nike Is Going All-In on California Collabs This Month

Among Us: You’re the Impostor 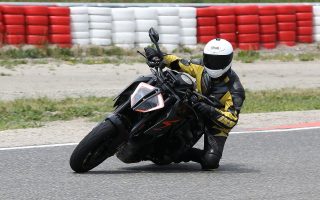