Skip to Content
Home / Fashion / Why We Cover What Politicians Wear 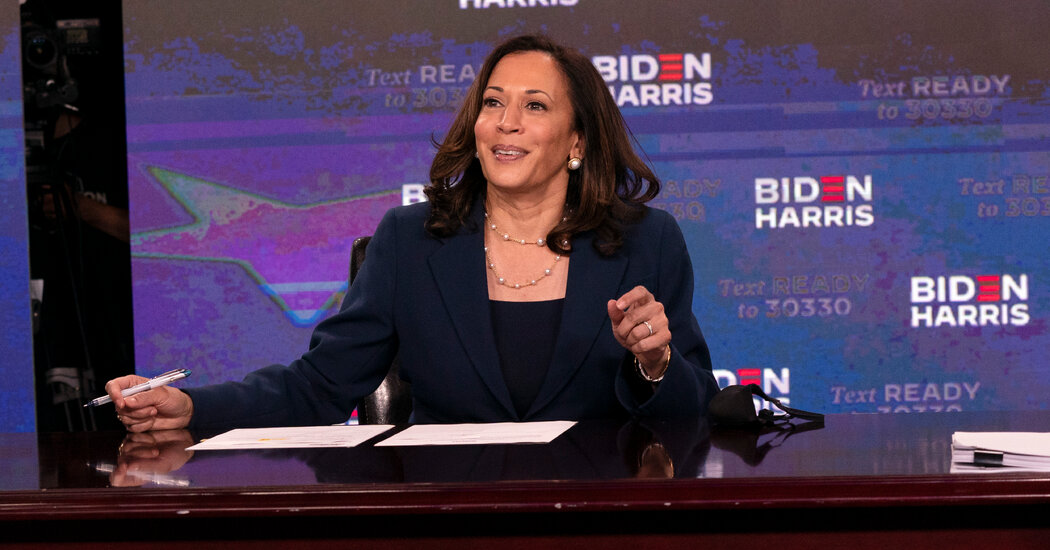 Ever since Kamala Harris was announced as Joe Biden’s choice for vice president, making her the first Black woman and the first person of Indian descent to be nominated for national office by a major party, celebrations of the historic moment have ensued. So too have the related moans about how, because she is a woman, her clothes will be used to diminish and define her.

“Woe is us” goes the lament. “The presidential fashion police” are back (as Forbes put it).

The fact is — and speaking as one of the cops — they never went away. Here’s why.

There is no question that fashion has been used as a tool to dismiss women; to associate them with frivolity rather than serious subjects — the superficial rather than the stuff of governance. But when, finally, a woman is the vice-presidential nominee of a major party, when the choice seems like a meaningful sign of generational change, to ignore what that nominee wears precisely because she is a woman is to fall victim to the same stereotype.

To do so is to fail to give her the credit she deserves for using every tool available to her to influence and shape opinion, the more effectively to further the executive agenda. Just as male politicians have done for decades. After all, no one can fill every moment with policy proposals. But they can always look the part.

There’s a reason we refer to “the national stage” and the “theater of politics.” Pomp and circumstance has always been part of the pageantry of rule, no matter what the system.

And costume is an intrinsic part of any pageant; it is woven into the creation and communication of character. This is never more true than during moments of shared public ceremony: the conventions, the inauguration, the debates, the State of the Union. To a certain extent, we all live on camera now, all the time.

And we make instant judgments about one another based on the images we see. It’s human instinct and part of how we decide if someone is likable or believable or a leader — whatever their gender. It has been so from Cleopatra to Castro.

A friend of mine, a man who is a political crisis consultant (like Olivia Pope on “Scandal”), once told me I would not believe the amount of time he has devoted to discussing tie colors with clients (at their request) when they could have been talking about, say, a peace process.

This is not to say that ties are more important than the peace process — or any other policy proposal. Of course substance comes before style. But substance doesn’t exist entirely independent of style. And to consider clothing choices a part of politics would be sexist only if such consideration existed absent the policy proposals of female politicians, or if the clothes of male politicians were never given the same treatment. Neither is the case.

But it is also true that articles about men and dress usually generate a lot less attention than pieces about women and dress. Granted, there is more opportunity to write about female clothing because there is more variety, but that is part of what makes it interesting. And in many ways, the broader fashion options are a boon for women, not a problem.

After years of complaining about people focusing on her clothes, Hillary Clinton turned the attention on her wardrobe into an enormous asset by making it a running joke. (Remember her very first “hard choices” Instagram post about her suits?) This defanged its pejorative power, humanized her and gave supporters a uniform to wear as a badge of solidarity. Can you imagine a man trying to make #PantsuitNation a thing?

Ms. Harris, who has a reputation as a buttoned-up prosecutor in a dark suit, has already begun divulging her passion for Converse sneakers as an antidote, the way George W. Bush used to use his cowboy boots.

The more we recognize the role clothes play in life and politics, the more we are all willing to talk about them, the more we normalize them, the less potential they have as a weapon of diminishment. The better for us all.

This Bikini Trend Is Suddenly Dying

Modern Love: The Pandemic Arrived. His Text Back Did Not.

How to Keep Internet Trolls Out of Remote Workplaces