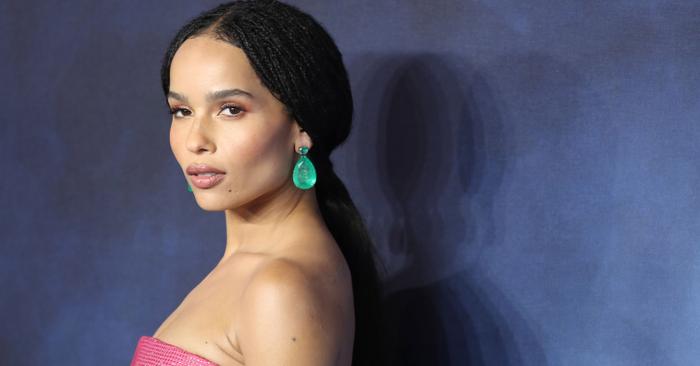 In the ultimate toast to 2019, Zoë Kravitz finally shared photos from her June 29th wedding to actor Karl Glusman. She kicked off the photo montage with a candid shot of designer Alexander Wang, which features her drop-waist, tea-length, scoop-neck wedding dress designed by him in the background.

Kravitz shared roughly 15 more black-and-white photos from the big day, showcasing her bow-accented headband and subtle white flats. While the overall custom Alexander Wang look was somewhat traditional for Zoë, the length of the dress, falling to her ankles, added a unique element to the graceful ensemble. It was a personal choice too, given she has been friends with the designer for years. True to form, Kravitz kept it completely unconventional for the rehearsal dinner, however, donning a white bra, cycling shorts, and a crochet dress.