Let’s be honest, buying a watch under £100 doesn’t sound like it’s going to get you a lot; it’s not even enough for a night out in London these days. However, that doesn’t mean that this isn’t a price bracket worth looking at, you just have to adjust your expectation filters a bit.

The chances of finding anything mechanical are very slim, but 50 years of distance has made quartz cool so that’s not really an issue. Sapphire crystal also won’t be a given and we’d give steel bracelets a swerve here as they don’t tend to be well finished, which means every wear comes with arm-hair removal as standard.

But what you do have here is the ideal opportunity to purchase something maybe a bit experimental, fashion forward or out of your comfort zone, without having to worry about seriously investing. Buying a watch for fun? Now that is a prospect worth exploring.

This is a price point at which Timex really excels as this sporty little number proves. Once you’ve absorbed how amazing that orange dial is, you’ll notice that you get a lot of features for your sterling.

The bezel is unidirectional so you can time your swim or how long your tea needs to brew; the matte case feels robust and the fabric strap has been developed to ensure the colour won’t fade after sun or sea spray exposure. At 43mm it makes its presence felt on the wrist and is the ideal beater, if you have another diving watch you’re loathe to scuff up. With its fusion of Swedish and British design and use of Swiss movements as standard, Larsson & Jennings has dominated the high-concept, mid-market watch sector since its launch in 2012. This latest Code collection is something of a diversion from the usual look.

It still contains a Swiss movement and spending a bit more for this bracket means you get upgrades such as scratch-resistant sapphire crystal and a genuine leather strap. However, rather than contemporary classic, you’ve got something altogether more Bauhaus. Pair with an Adidas x Eric Emanuel knit and some Takara sandals from Hermes for a 2019 take on the modern art movement’s style. Remember all the things we said you couldn’t get for this price bracket; well this Seiko pretty much throws all those rules out the window and then stomps on them. For just five pounds more than the cost of five bits of sashimi at Sexy Fish, you get an in-house automatic movement, exhibition case back and Seiko’s trademarked scratch-resistant mineral crystal glass called Hardlex.

The hour and minute hands are filled with Lumibrite as well as the dots on the outer ring and all presented in a retro military style. And there’s the added kudos that this was the watch of choice for Gene Kranz, NASA flight director for the Apollo 11 and 13 missions. 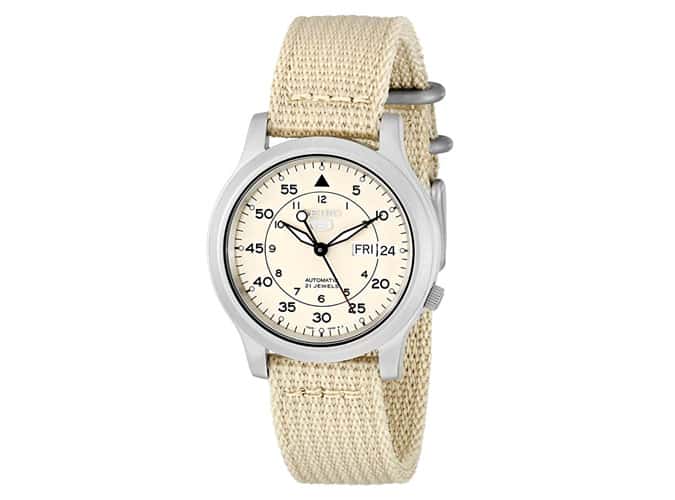 Fed up with the poor quality and inflated prices of many of the fashion watch brands around, LA-based Jake Kassan and Kramer LaPlante set about seeing if they could up the quality and drop the price but without compromising on looks.

This 45mm number from the Classic series is the perfect example of what MVMT does best. There’s very little fuss – this is after all a black stainless steel three-hander. However, there are clever details, such as the red second hand and a well-placed date window that elevate it from pedestrian to “put it on my wrist now”. 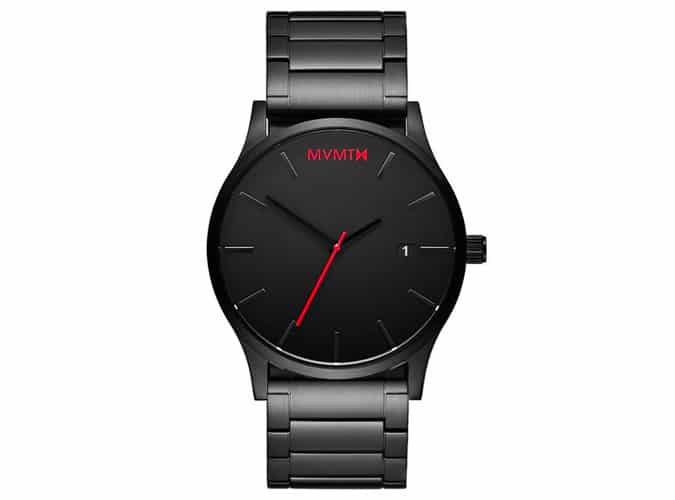 While the name might be somewhat off-putting, this Fossil is a stylish slice of 1960s cool. Firstly, there’s the very on-trend for 2019 green dial, which seems to be slowly but surely ousting blue dials as the colour du jour.

Then there’s the interesting lug shape, which, when paired with the rugged brown leather strap gives the design its retro feel. It’s a really considered design that, as the name is supposed to suggest, will make a perfect companion to your working week. 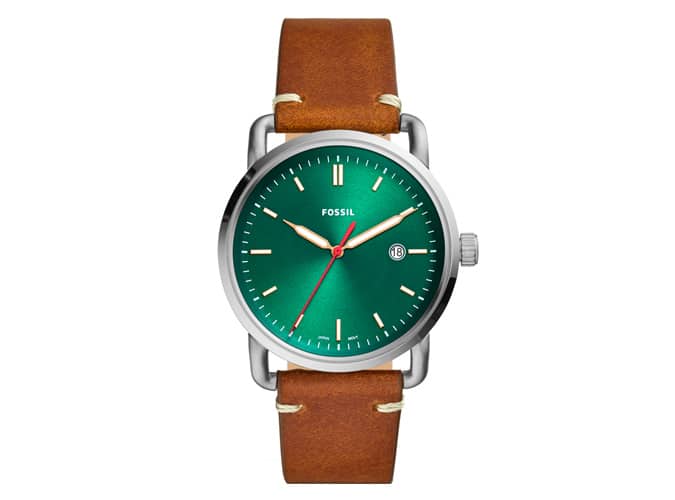 Such is the reputation of the Scuba Libre that even people with the likes of divers from Omega or Rolex in their collection will have one of these as well. It has all the features of a traditional diving watch – unidirectional bezel, plongeur hands, a 200m water resistance – but packaged up in the kind of fun, colourful form for which Swatch is renowned.

Granted, it’s probably not for professionals, but if you want the ultimate beach knockabout then look no further. With summer (hopefully) on the way, a slice of laid-back Californian cool is just the accessory your wrist needs. And that’s precisely what Nixon is known for. While the brand does everything from dainty digitals to chunky chronographs, it is the retro ovoid form of the Time Teller that is its perennial classic.

The case shape is just the right side of unusual, it’s lightweight so won’t feel like a chore to wear as the mercury rises and comes in 24 different colour combinations varying from a sedate grey to this rather eye-catching turquoise. 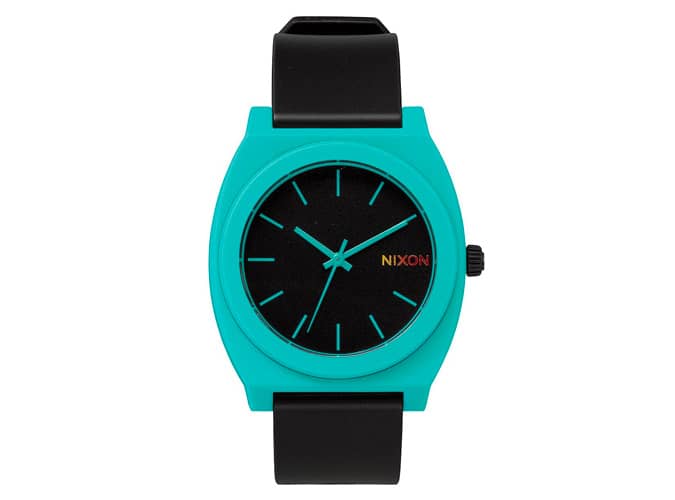 Ever since it first launched in 1974, Casio’s modus operandi has been to make watches that had superior electronics at affordable prices. And that is certainly the case here. You’ve got a 48-city world time, five alarms, a stopwatch and dual countdown timers, which makes it ideal for interval training.

And there’s the added bonus of having analogue time paired with a digital day/date function which makes everything easy to read despite the black-on-black dial and numerals. For £50, you can’t get a better-equipped sports watch. If you’re in the market for something classic and minimalist but also want a timepiece that’s a little different from the styles everyone else is wearing, then this Danish brand could be for you. This really is pared-back watch design at its most fundamental, with few details on the glacially pure dial.

According to the blurb, this simplicity is partly a nod to the Scandinavian aesthetic but also to encourage the wearer to live a life less cluttered. Philosophy aside, it’s so unprepossessing it will go with absolutely everything in your wardrobe. You can’t get simpler than that. You could argue that this Sekonda is a homage to the diving-watch greats out there. The arrow hands are an elongated version of a certain “master of the sea”; the indices reminiscent of a watch that could take you fifty fathoms and the blue is close to something the king of watches would produce.

However, if you love all those references then there’s absolutely no shame in getting them all in one timepiece that costs less than the price of a Saturday night round. Why Skate Shoes Should Be Your Next Sneaker Purchase

13 Ways to Pull Off A LBD on Your Wedding Day