Finding the best bath towels is a totally uncomplicated task, and that’s what makes it so complicated. Basically anything that can move water from your body to itself is, by definition, a towel. Even the oldest, most torn-up rag you nick from your parents closet is going to be capable of wiping you dry, provided you use enough elbow grease.

That, of course, does not mean that all towels are made equal. Just like bed sheets, the universe of bath towels includes options in a wide-range of fabrics, weaves, and textures, which bestow vastly different properties. As we see it, these properties break down into three main categories. There are thin, textured towels that don’t absorb much water, but dry quickly; there are plush towels that absorb lots of moisture, but take a long time to dry; and there are towels that sit in a middle space—they aren’t too plush and probably have a little texture, but you won’t have to wait overnight for them to dry. Between the three categories, the one that works best for you will come down to personal preference. And considering how low the stakes are, it might be worth trying out several to see what you like. You certainly do not need to own 50, but nobody ever complained about having a few extra cotton towels around the house.

Once you’ve thought about the kind of towel you want, you’ll quickly hit a new snag. Towel listings are inundated with marketing speak that makes every towel sound as superlative as the next. They’ll lull you into confusion with unhelpful information about a towel’s pile (the pile is the height of the cotton loops) or the type of cotton (it’s always Egyptian cotton, isn’t it?). But there’s really no way to know whether a towel can actually live up to its jargon until you’ve used and washed it. A lot. So that’s what we did. Over the last few years we’ve tested dozens of towels from a bunch of different manufacturers. We noted how they felt out of the box and then tracked how much that changed over the course of weeks, then months. We’ve found that the best ones are made from long-staple cotton (rather than synthetic materials or microfibers loaded with fabric softener that feel nice at first but fall apart quickly).

No matter the level of softness or absorbency or drying time you prefer, below you’ll find the right fit for you in our list of the best bath towels in 2020. Just please remember to wash and dry these top picks more often than your last set. We can still smell the mildew from here. 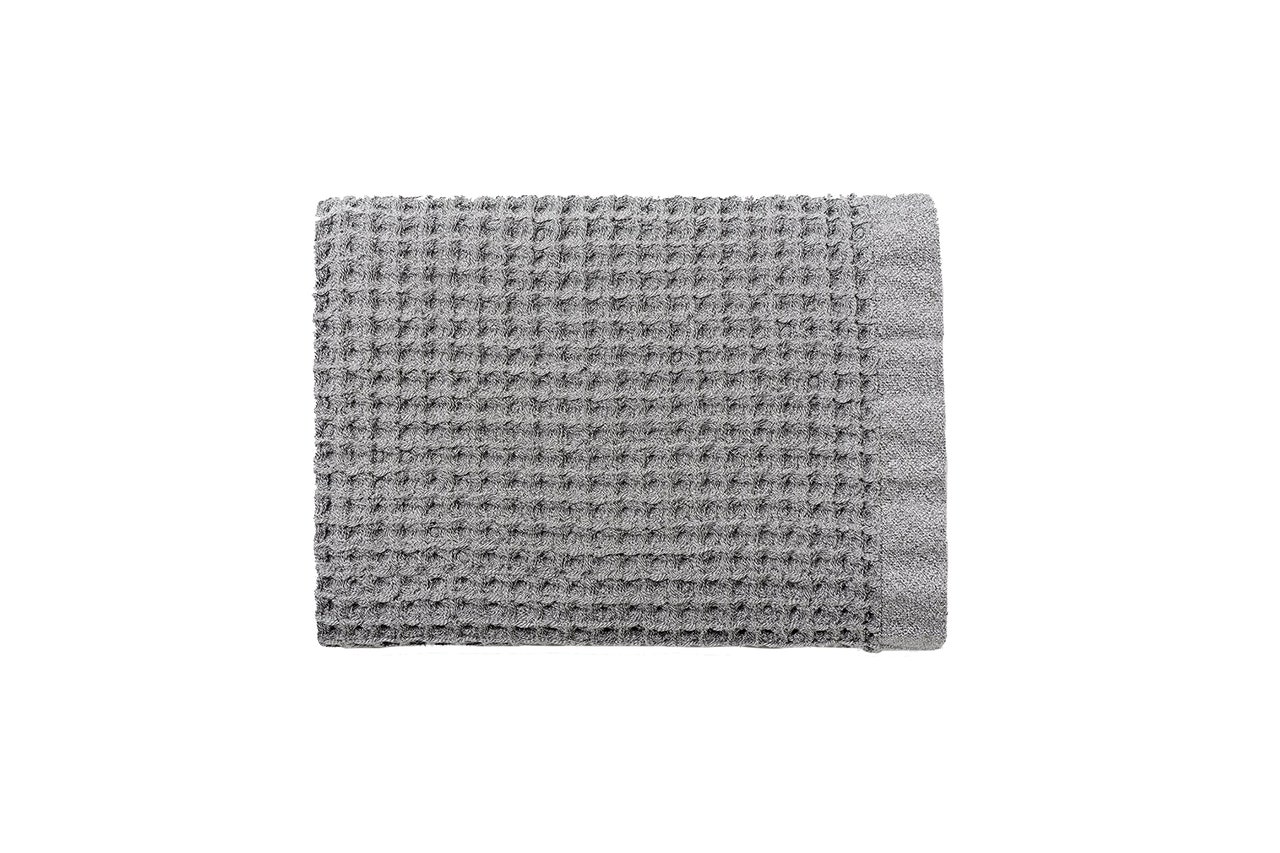 The Onsen towel is made with Supima long-staple cotton, which makes it soft and durable. It’s on the thinner side, but it’s unique waffle weave texture helps it overcome the main shortcoming of similar towels. The weave gives it a bit of bonus surface area that can grab water from your body, while remaining exposed to air. This makes the towel both more absorbent than some thicker towels and ensures it dries as quickly as other thin towels. Plus, waffle towels just have a real visual appeal to them—drape the Onsen over the back of a reclining chair by the side of a swimming pool sometime and get ready to field a lot of questions and compliments. It’s also the kind of towel that will serve you well in any size, from hand towel to full-blown bath sheet. 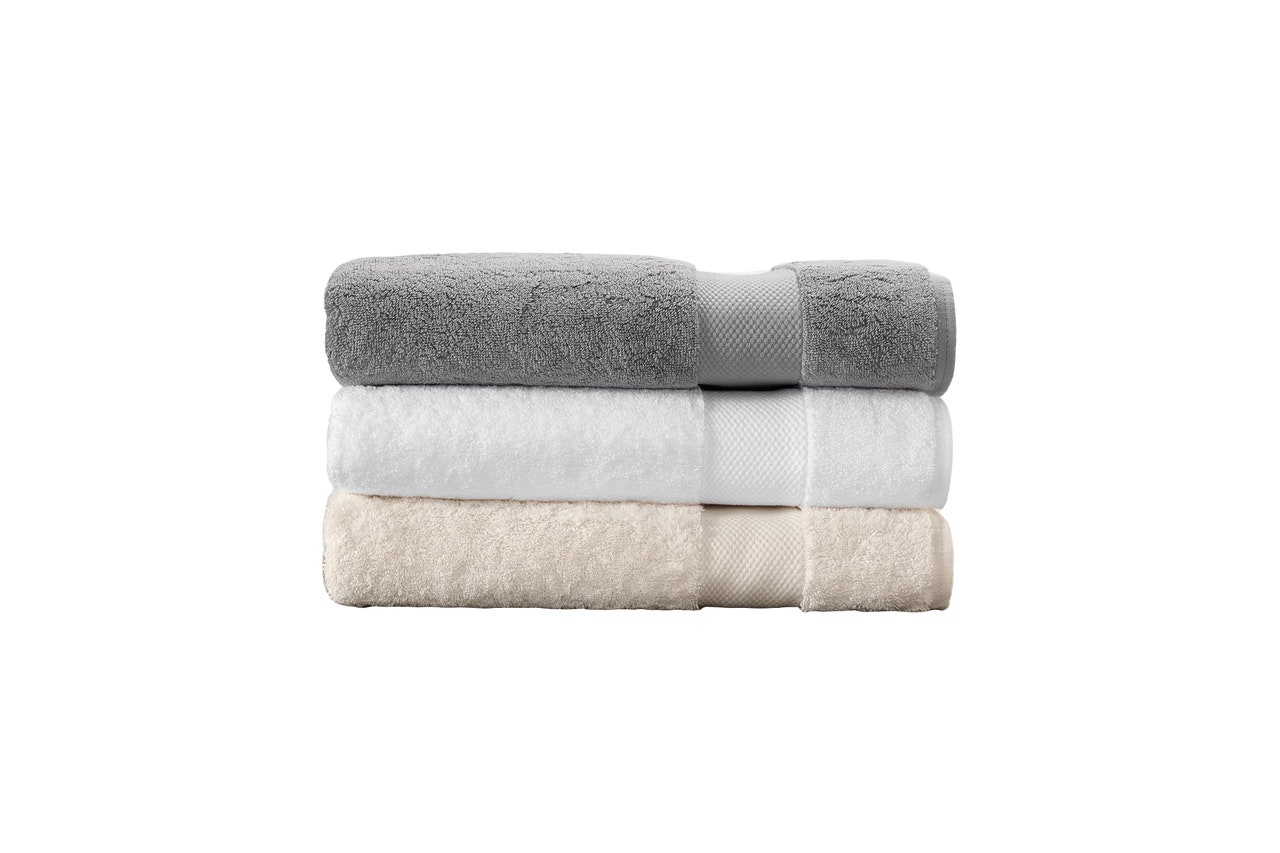 Picture a towel in your head, and you’re probably picturing this one from Boll & Branch. It’s medium thickness, but with a tall pile. It feels plush, but not the kind of plush where it feels like you’re not getting dry very quickly. It’s soft, and feels just as good after 10 washes. Added plus: Boll & Branch ensures their product is sustainably made with organic cotton, so you can brag to your hippie in-laws when they comment on your lovely bath towel set. 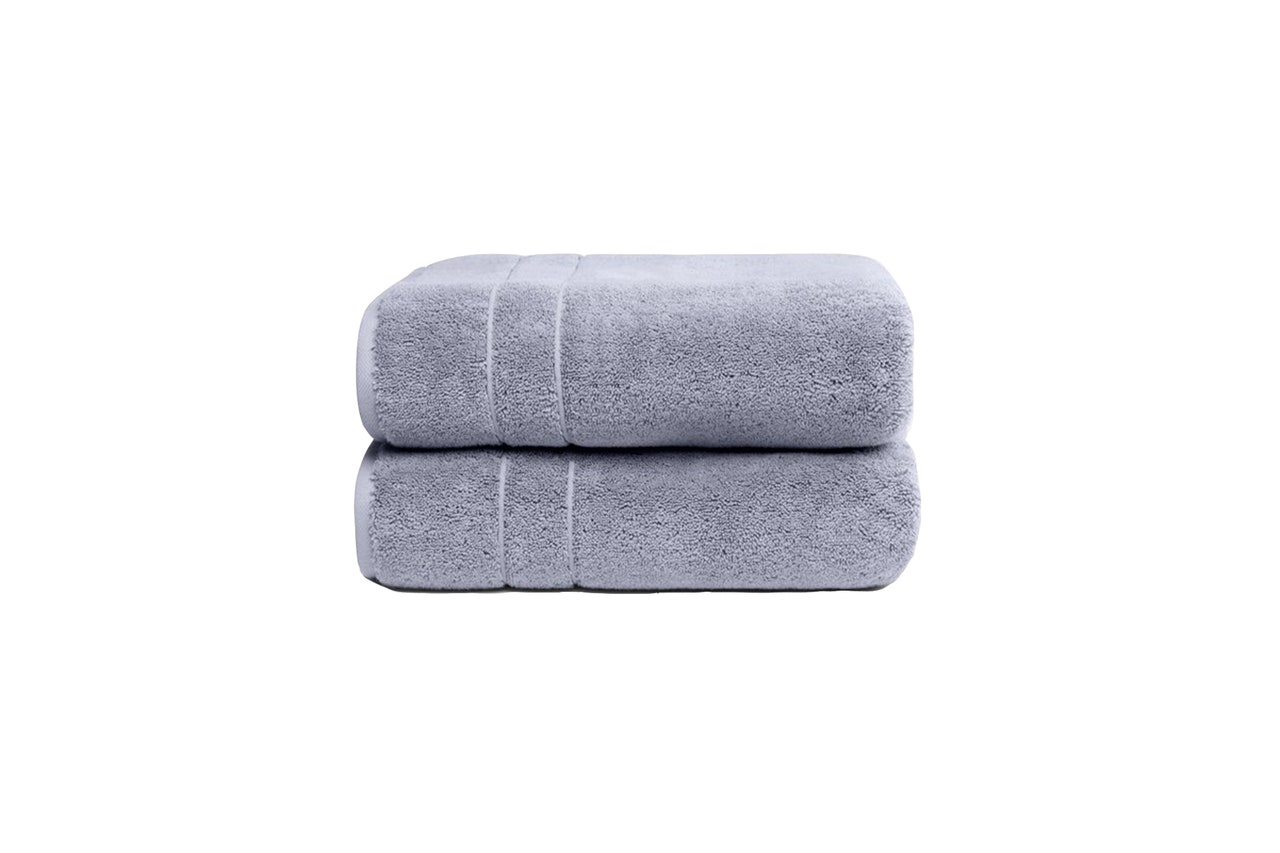 The Brooklinen super-plush bath towel is ridiculously cozy, and drapes on you heavily like a dental x-ray vest. It’s made from long-staple Turkish cotton, and feels wonderfully soft after dozens of washes. (It shed a little lint the first few washes, but it’s not a factor after that.). The downside to this ultra-absorbent heavyweight towel is that it takes a long time to dry—water tends to get trapped in the thick fabric. But as long as you’re not showering twice a day, or own more than one towel, that’s not a huge deal. 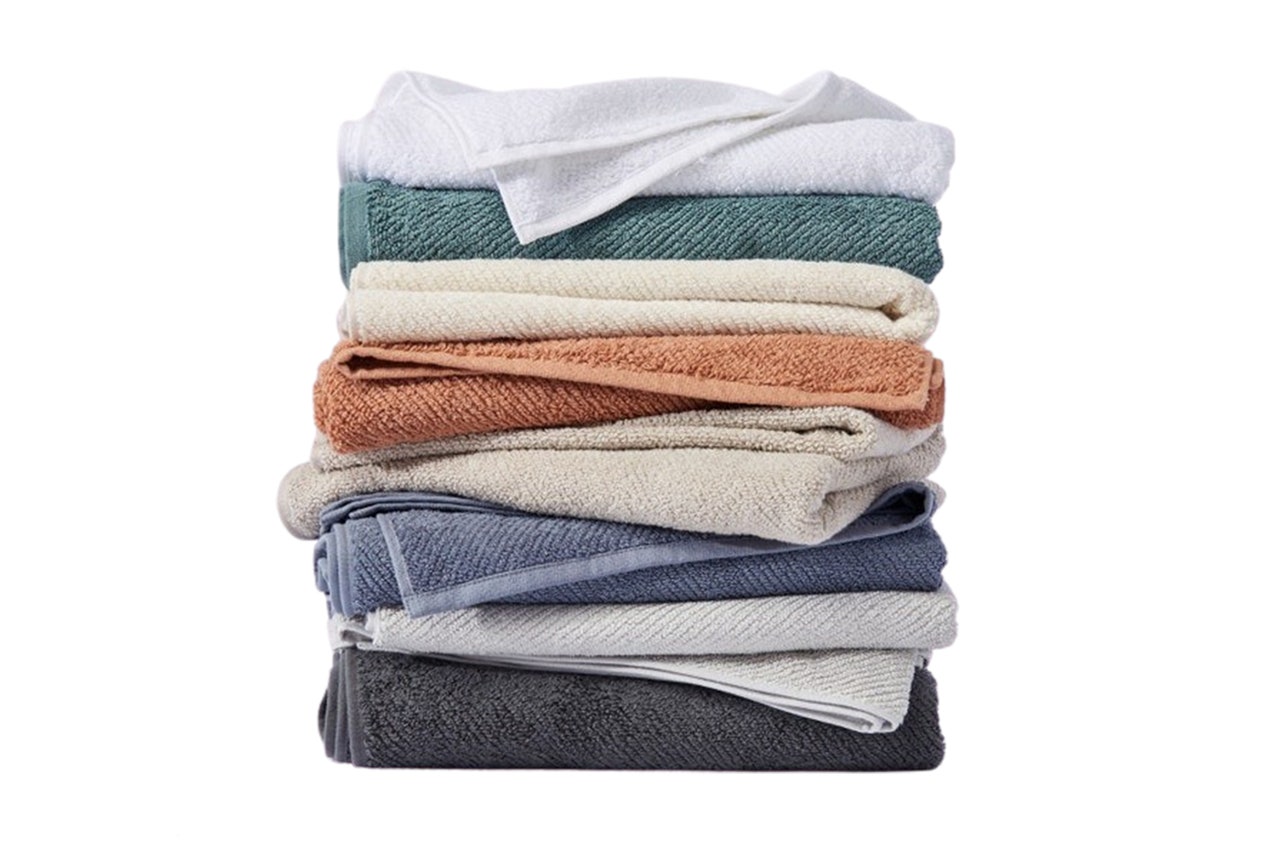 All of the towels we recommend come in a bunch of different sizes, but if you’re looking to embrace the humongous bath sheet life, consider the Coyuchi air weight bath sheet. This towel is a bit thicker than the Onsen, which helps give it a slightly softer handfeel, especially after the first wash. Each spot picks up water quickly, but because of its massive size, you’ll never want for a dry spot to wipe away a new part of your body. The problem with a thicker large bath sheet is that it can take an absurd amount of time to dry, and take up a lot of space while doing it. The Coyuchi bath sheet doesn’t have this issue. Even if your roommate squishes it on the side of your towel rack after your morning shower, it’ll still be invitingly dry when you pull it off the next day.

Yes, we said there are three categories of towel thickness, but, as with most things, the reality exists on a spectrum. The Riley towel falls somewhere between the Brooklinen’s plush and Boll & Branch’s more typical towel thickness. It’s extremely soft with a medium pile, which feels a bit like the towels you envy at nice hotels, but at a price where you could afford a full bath set. It dries you off easily and is ready to use again even if you shower once more later in the day. Added bonus: the little built-in hook makes hanging it anywhere a breeze.

Frette makes some of the nicest sheets in the world—think of the sheets on the nicest hotel bed you’ve ever been in, and it’s probably Frette—so it makes sense they make a deeply-luxurious, high-quality towel, too. The “diamond weave” is beautiful and functional, drying off quickly without weighing much at all (it’s just a bit heavier than the Onsen, but with a more even thickness). The jacquard fabric (practice pronunciation before flexing: jack-erd) is made of extra long-staple cotton in Portugal. Sure, it’s $80, but that’s really not a crazy amount to ask for a few years of sumptuous drying. We especially like the graphite version. 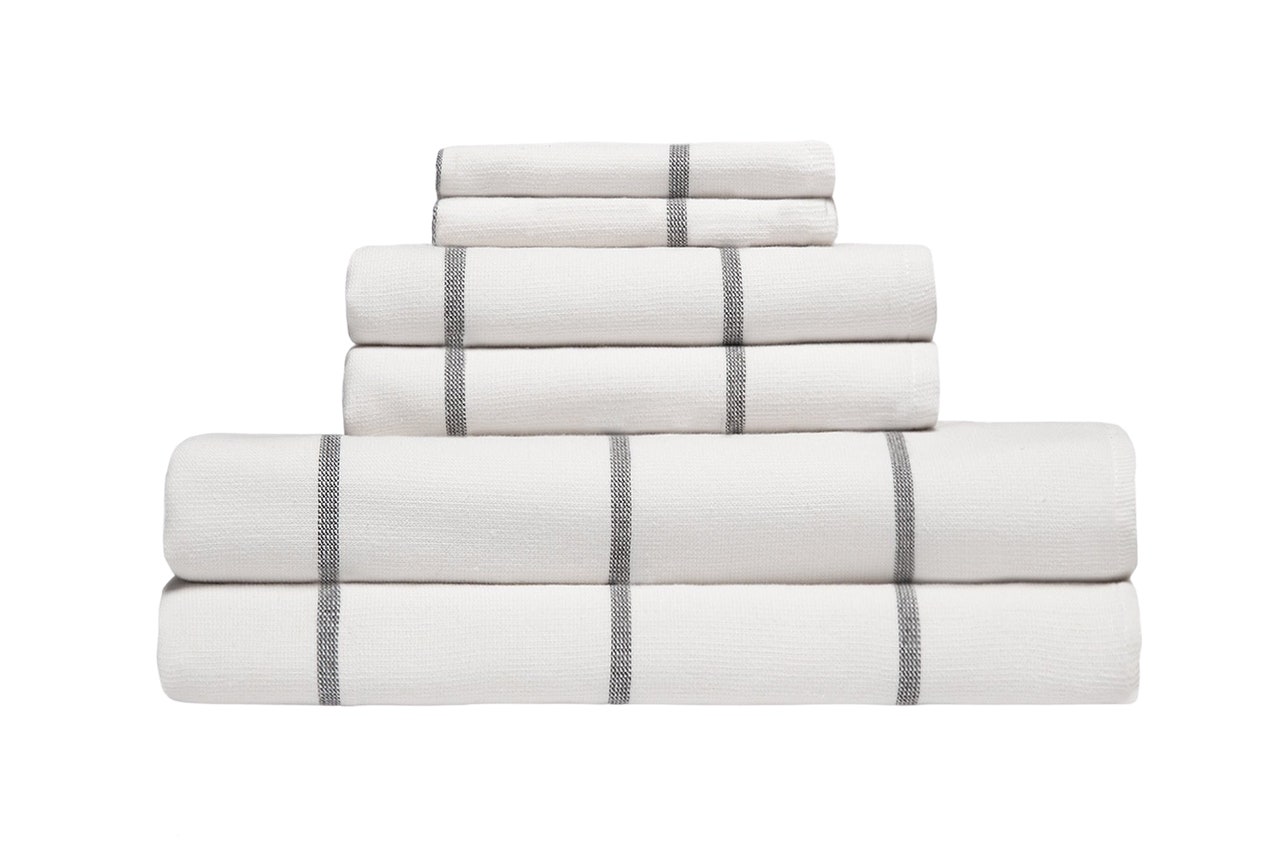 The Fouta stripe towels are probably the thinnest towels on this list—they’re hardly thicker than the washcloths you use to dry dishes. But if you prefer a super-thin, quick-dry towel—perhaps something that can easily corral your flowing quarantine locks—it’s ideal. Plus, it’s lovely striped design might add a welcome design element to your bathroom. 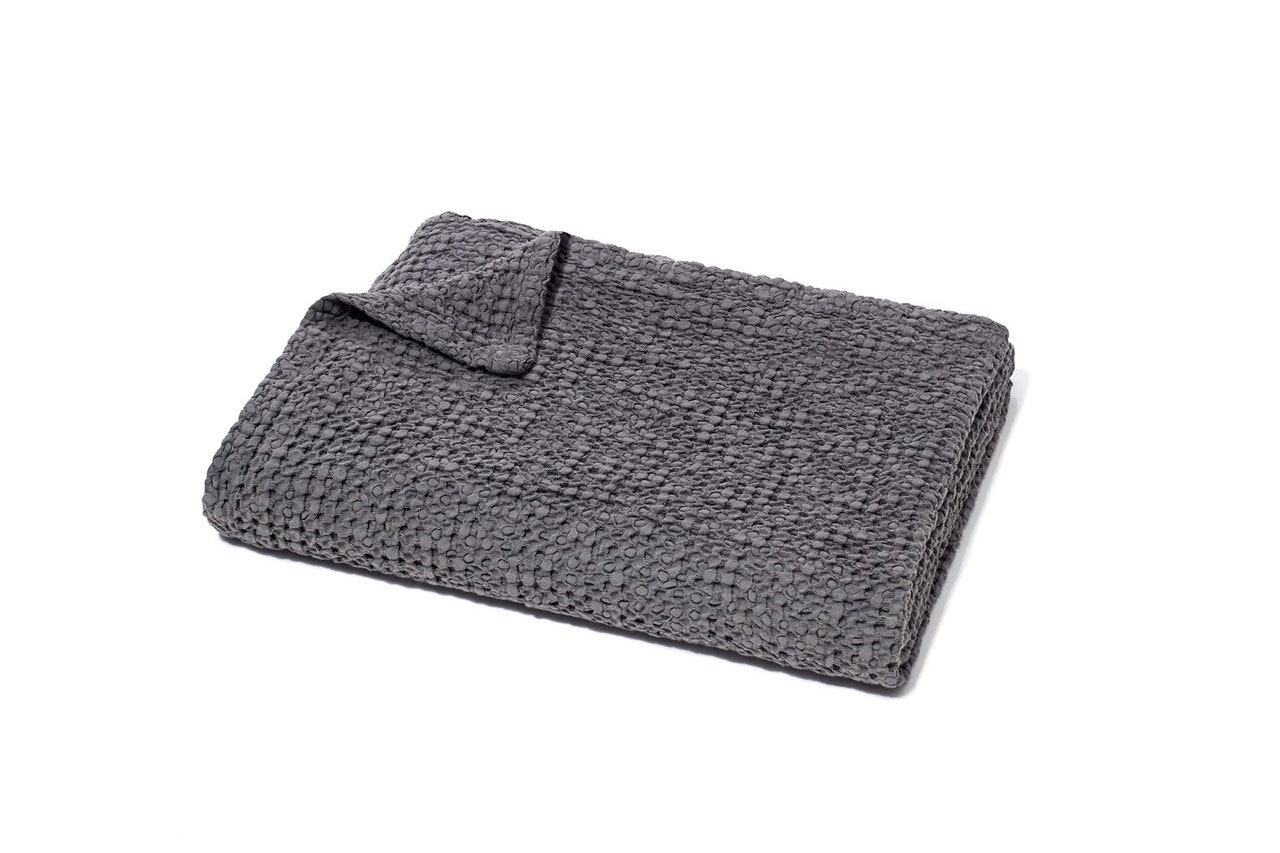 Snowe’s honeycomb towel is pretty functionally similar to the Onsen towel, but it has a slightly different texture. Instead of a uniform waffle weave, its ribbed higher pile spots are more randomly distributed through the towel. The effect is similarly lovely, but we think the Onsen is just a tad nicer and comes in a lot more colors and sizes. But if you know you want a bath towel and like muted grays and blues, the Snowe towel is a lot cheaper. 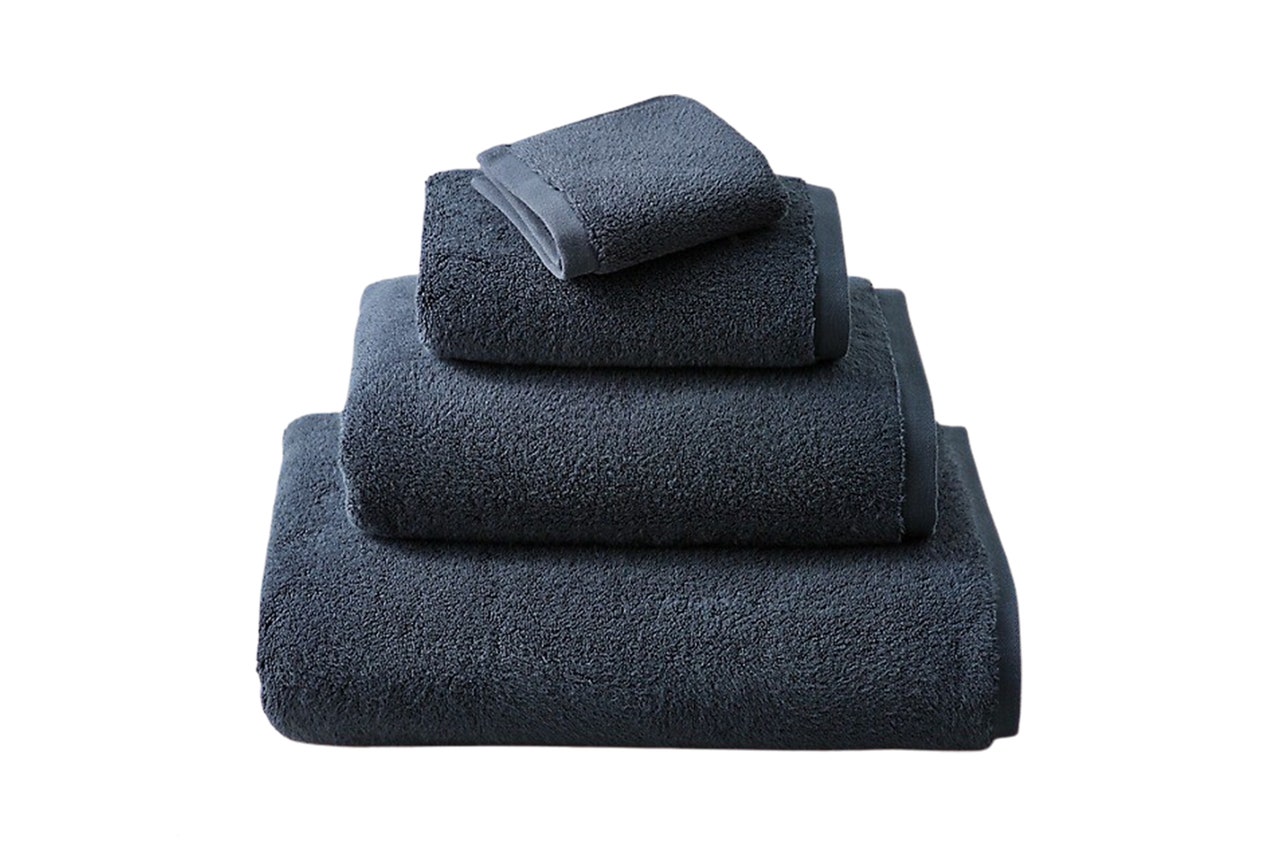 Restoration Hardware’s Turkish bath towel is a plush absorbent towel. The company says its Turkish long-staple ringspun cotton weave makes it dry a bit quicker than other towels of similar thickness. We didn’t really find this to be notably true, but it was still a cozy towel that we would absolutely snap up if we were really picky about our towel colors (it comes in 15 different shades). 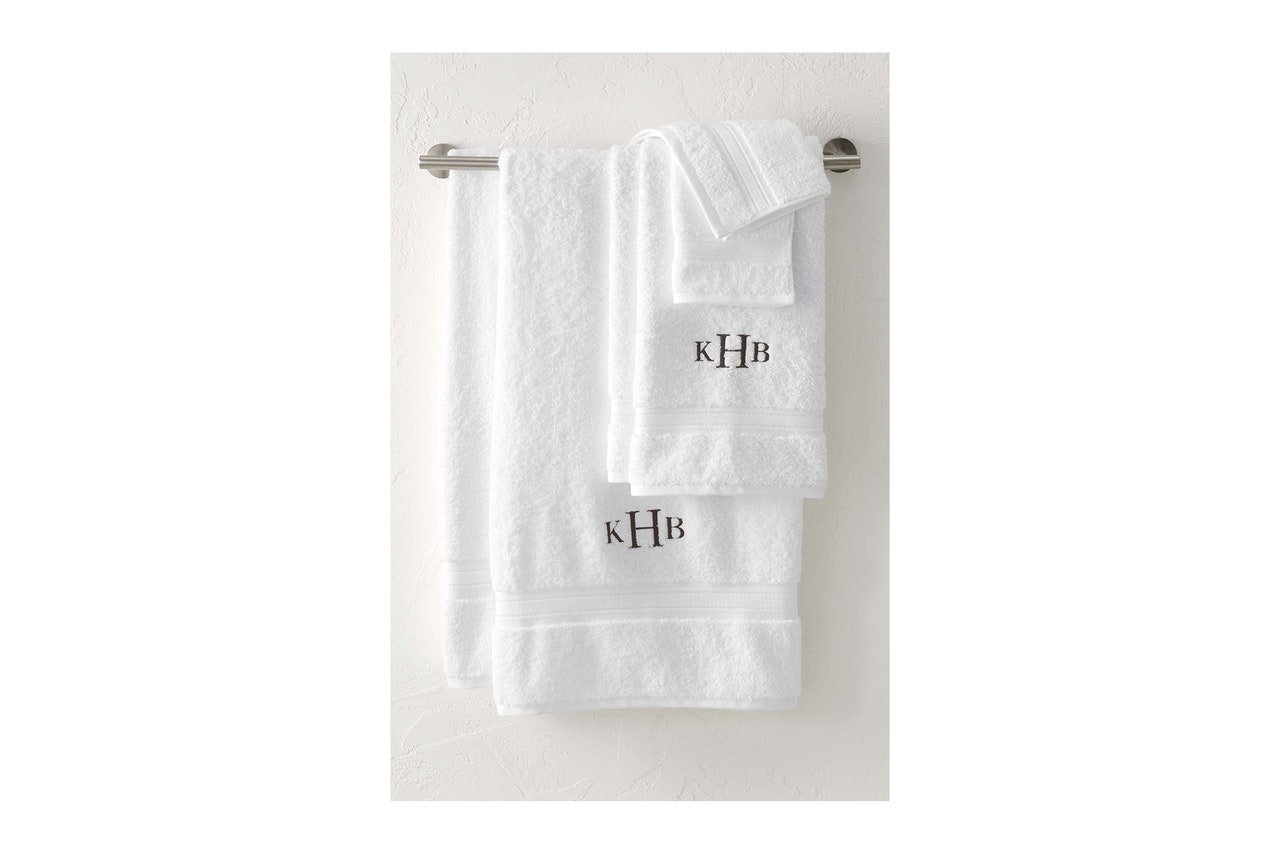 The centerpiece of Brad Pitt’s October 2019 cover look is actually a very good towel. Like a lot of the stuff from Lands’ End, the towel is an absolute workhorse. It’s not the softest towel we’ve used, but it’s really absorbent and durable. And, you can get it monogrammed with a sweet sailboat. What’s not to like? 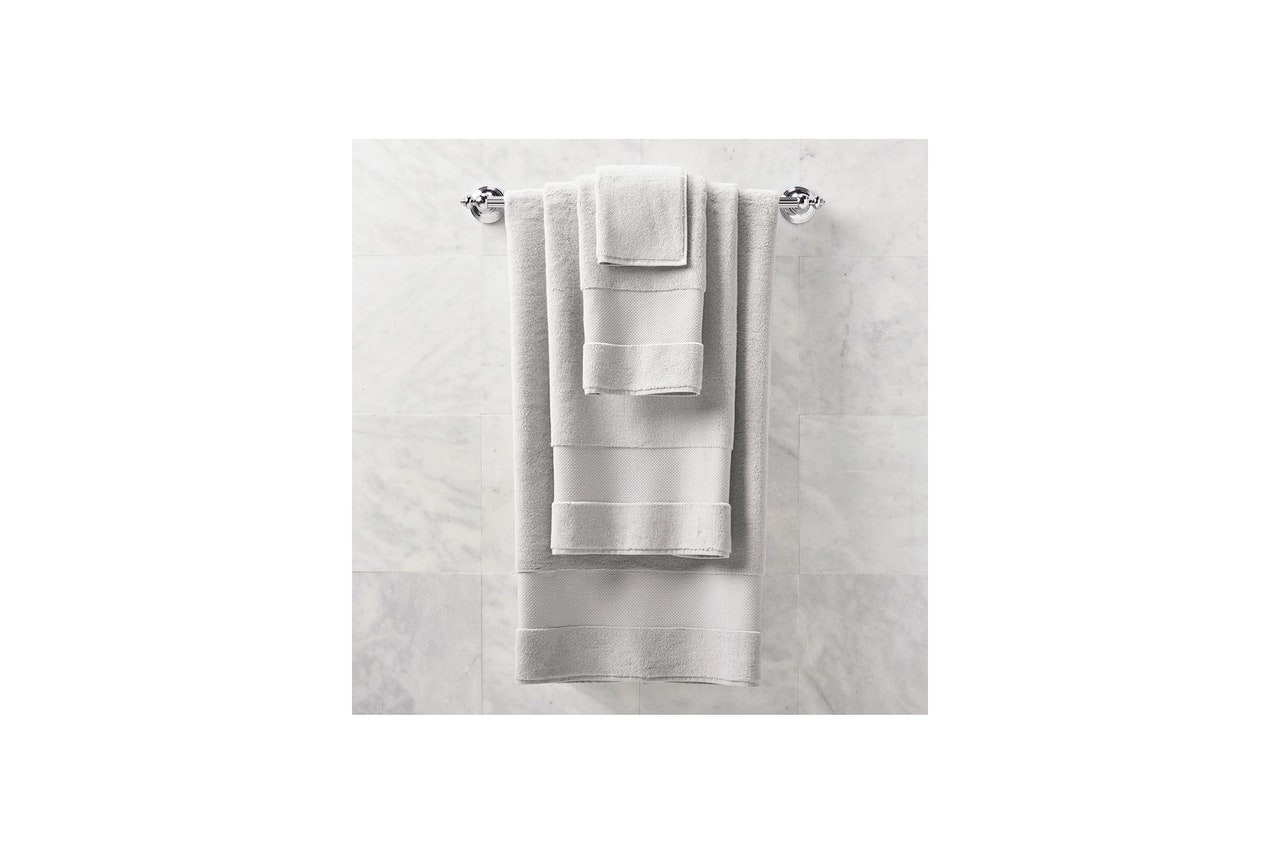 This Turkish long-staple cotton bath towel is extremely soft, smooth, and durable. Its thick surface feels lovely against your skin because of a plush, tight pile. And even after several washes, it’ll feel and look just as nice as it did new. 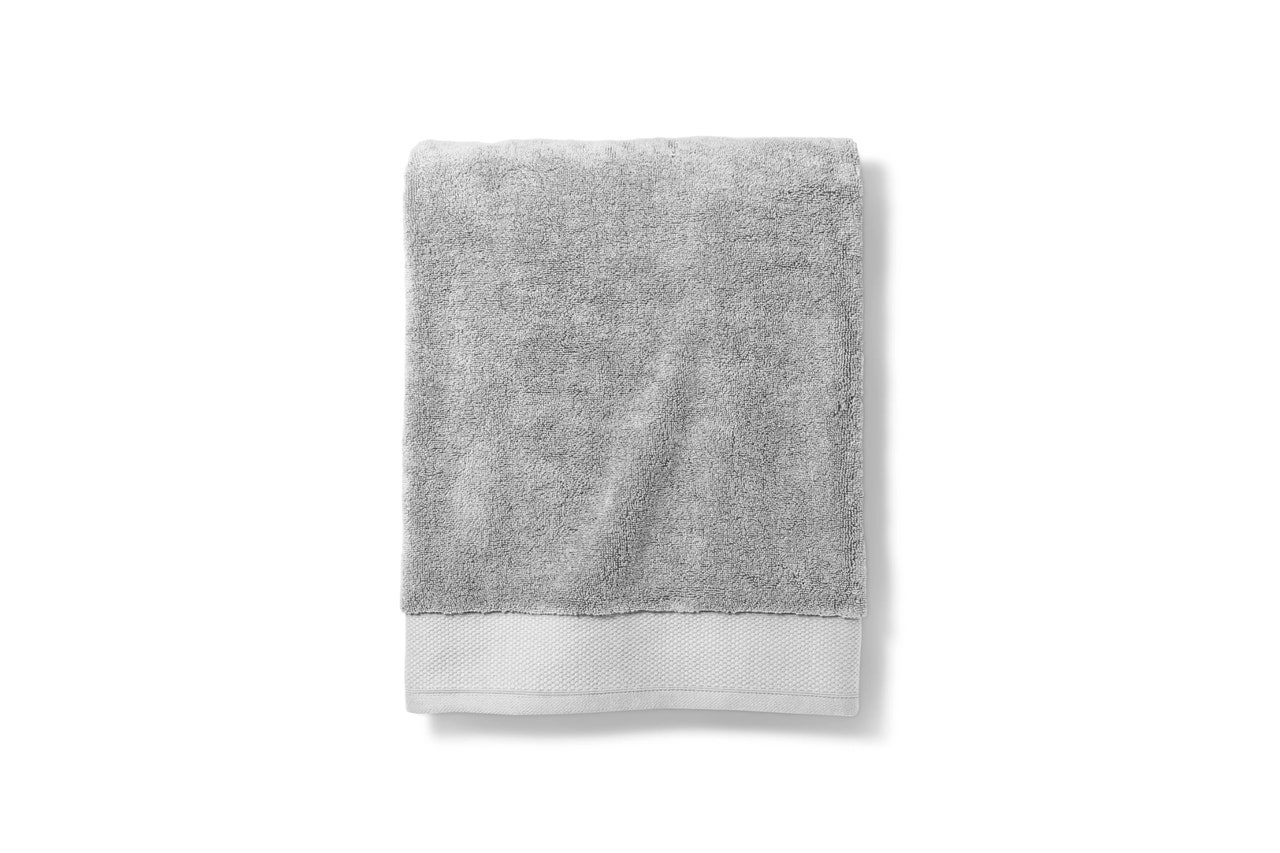 Target actually makes a lot of really decent textile goods, including some of our favorite percale sheets. These towels are thick and plush, but not too heavy. They hold up well with use and come in a variety of nice lighter colors. And you can get one for less than the price of a power lunch. 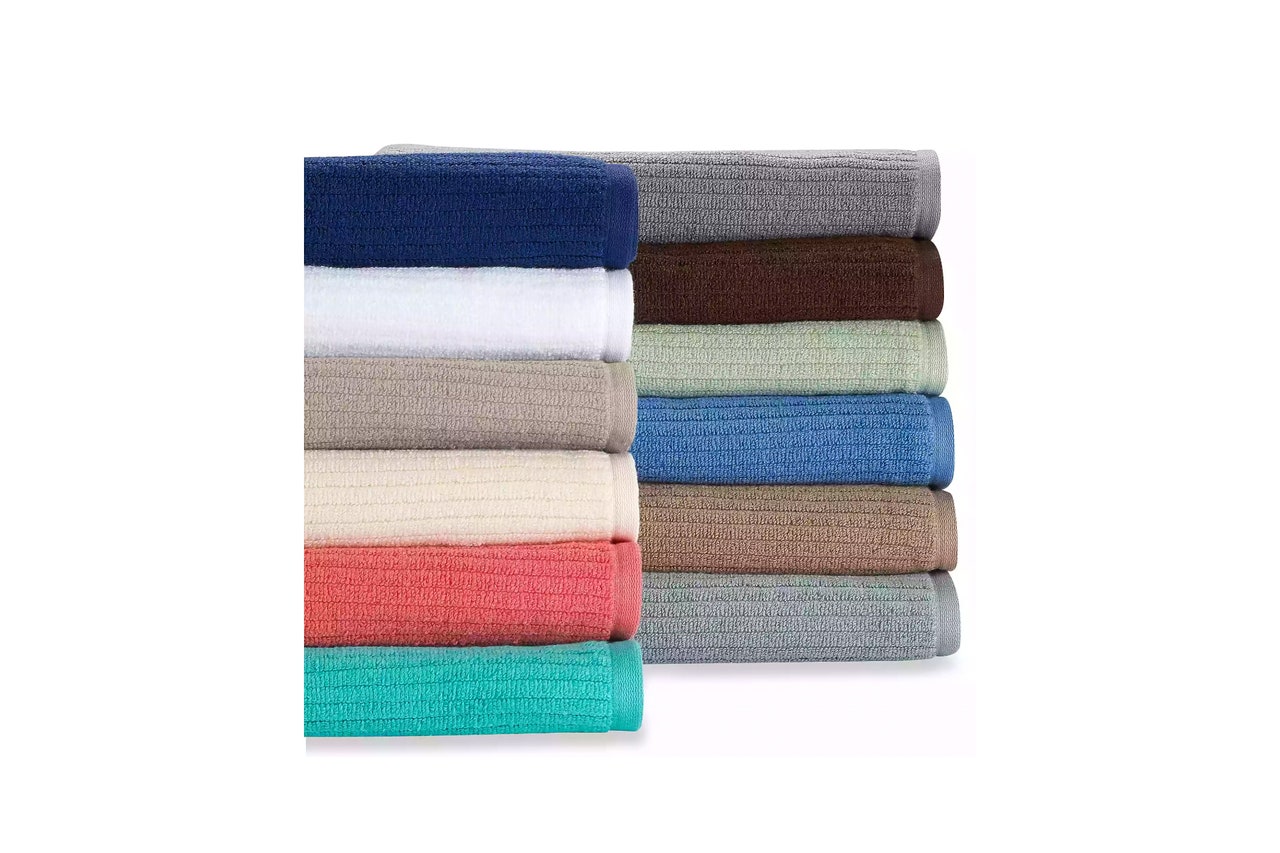 Bed Bath and Beyond Dri-Soft Plus bath towel

The cheapest acceptable towel we’ve used is this Dri-Soft Plus bath towel, which is made by Bed Bath & Beyond. Most Terrycloth towels are thicker than this one, a bit more plush, and larger, but this lightweight option is quite soft and dries a little bit quicker than something from Lands’ End or Frontgate. If you’re a price tag-conscious college student, get four of these towels at once so that you can do laundry less often.