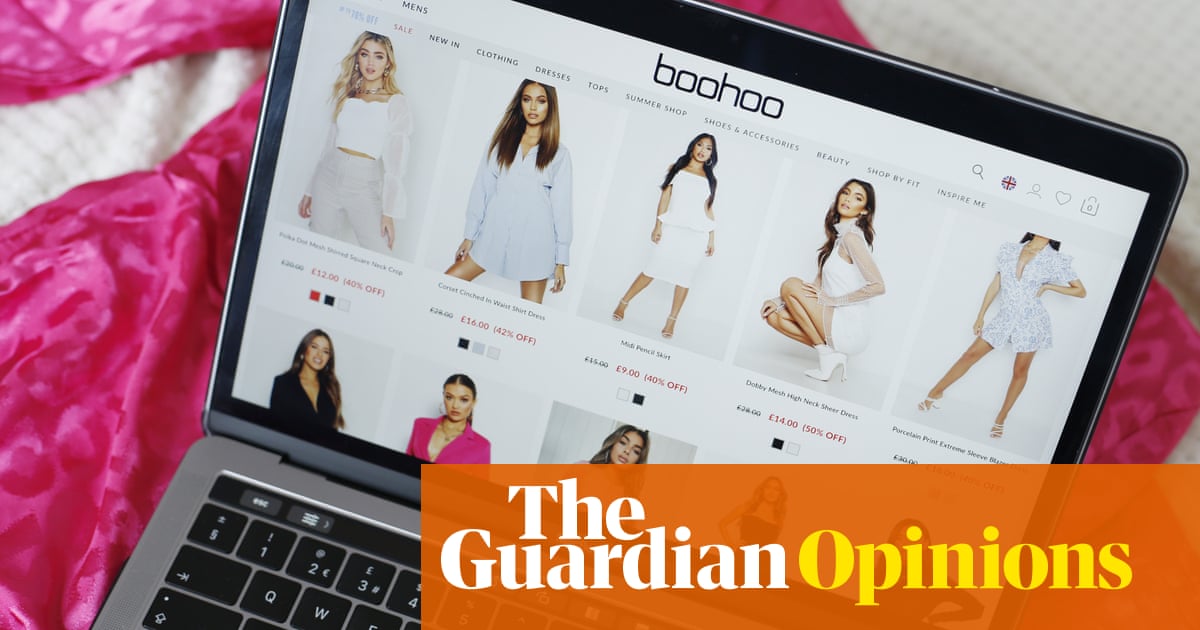 Is everything now tickety-boo at Boohoo? Certainly there was no sign of a consumer boycott after last year’s revelations of shoddy practices in clothing factories in Leicester. Sales in the UK rose 40% in the last four months of 2020. The teenage customers did not rebel. Perhaps they were too distracted by TikTok to read the newspapers.

Boohoo can also boast about making “significant progress” on its “agenda for change” programme, its attempt to improve poor practices on pay and working conditions in its supply chain. The saintly Sir Brian Leveson is overseeing the operation; a new non-executive is chairing the audit committee; and a risk committee has been constituted. And 64 suppliers in the UK have been ditched, a number that illustrates the depth of problems that built up over the years.

But there was an intriguing line in Leveson’s first report, published alongside the trading update: “With nine different brands, encouraged to differentiate themselves, it is perhaps inevitable that there are differing views among leaders of companies and departments in the group as to the meaning to them of the agenda for change”.

Differing views? Does that mean a chunk of Boohoo’s management thinks cleaning up the supply chain gets in the way of selling cheap clothes? That would be a natural reading.

Leveson’s recommendation was gentle: “A clear explanation of what the programme involves and how it affects the entire business is therefore essential.” OK, the bigger question is surely who at Boohoo should be leading the reform effort.

Mahmud Kamani, Boohoo’s co-founder and chairman, may be 100% signed up to the programme but, since the company got itself into this mess under his leadership, his credibility as an agent of change is not strong.

Kamani owns only 12.5% of Boohoo’s shares, so his position is not as commanding as some founders’. Outside shareholders ought to be capable of insisting on having an independent chair, as the company once had, leaving Kamani to concentrate on his day-to-day retailing duties, which is where his strengths lie.

Why don’t they insist? One suspects the answer is their own distraction – a Boohoo share price that has fully recovered. Come on, though, that’s not an excuse. An independent chairman should still be a minimum demand.

Budget long-haul a flight too far for Norwegian

Norwegian Air Shuttle wasn’t the pioneer of budget transatlantic air travel, but it lasted longer than most predecessors in the high-risk business of selling tickets to New York for as little as £150.

In that sense, Norwegian’s decision to axe long-haul flights is not merely a blow for staff, including 1,100 crew and cabin staff at Gatwick, where the airline was once the third-largest operator. It is also a setback for competition when the pandemic passes. IAG, the owner of British Airways, found Norwegian such an irritant that it offered to buy it in 2018.

One cannot, though, really blame Covid for Norwegian’s troubles. Even before the pandemic, the company had too much debt, too many leasing liabilities and too many unprofitable routes. The Oslo government’s reluctance to get involved in a bailout was understandable.

In slimmed-down European form, Norwegian has greater hope of finding funding for its latest refinancing proposal. But the supply of budget flights to the US, one suspects, may never come back in the same way.

We shall overcome, Tesco says of Brexit red tape

Some complaints about Brexit red tape are more serious than others. The challenges faced by some small Scottish fishing companies, now facing more delays until exports to the EU can resume, are definitely severe. The stock is perishable and the anger being directed at the government, including from Conservative MPs representing fishing areas, is justified.

Marks & Spencer’s long tale of woe last week about a shortage of Percy Pigs sweets in its Irish stores did not stir the same emotions. No doubt the paperwork required to navigate “rules of origin” regulations is complex, as Steve Rowe, M&S’s chief executive, grumbled.

But compare M&S’s tone with Tesco’s can-do attitude to such issues on Thursday. “We see this as a challenge that needs to be overcome and resolved … but we don’t see it as a crisis,” said the chief executive, Ken Murphy. Both retailers were among the firms that wrote to the government last week to highlight problems, but also you have to wonder whether some big firms were better prepared for bureaucracy.

This Advanced New Balance Sneaker Is Actually Three Shoes in One