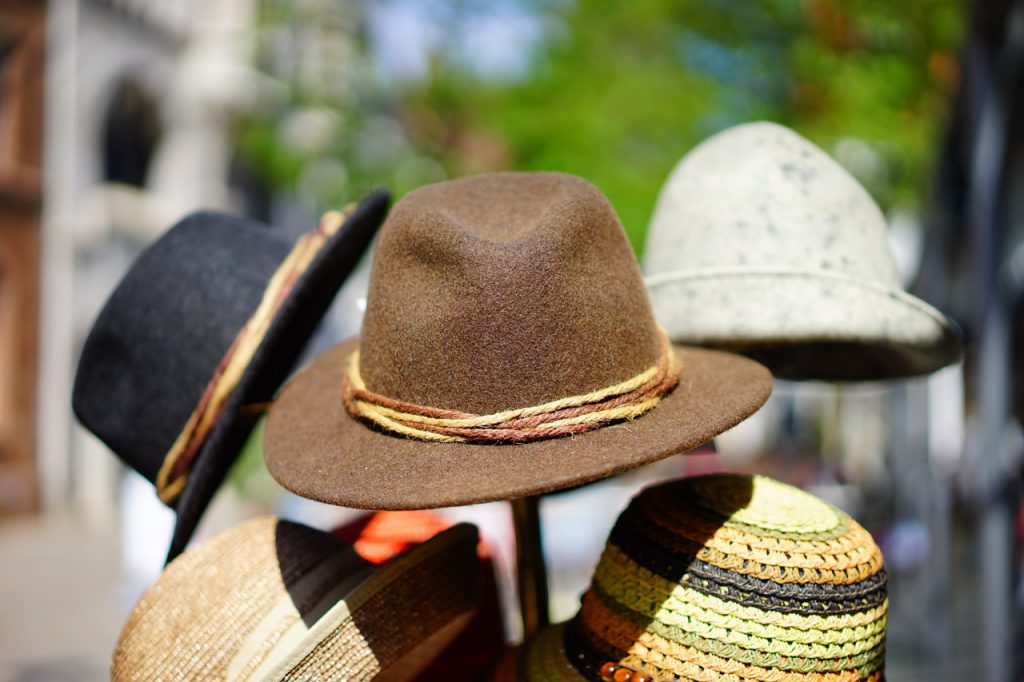 As far as dinner parties go, it doesn’t get much more eclectic than Rihanna, the Duchess of Sussex, Joan Collins, Boy George and Skepta. They are just a handful of the 26 famous faces who have been brought together by the milliner Stephen Jones around the grand banqueting room table at the Royal Pavilion in Brighton, each represented by the headpiece the designer created for them.

It forms the focal point of the designer’s new exhibition, Stephen Jones Hats, in which more than 170 hats from his 40-year career have been whimsically positioned in every room of King George IV’s famous pleasure palace.

In the great kitchen, a beret made in 2005 depicting a full English breakfast sits next to a fascinator composed to resemble a French onion soup, made for Schwarzkopf in 1985. In the music room, a three-tiered cymbal creation made for the 2015 exhibition China: Through the Looking Glass at the Metropolitan Museum of Art in New York hangs from a chandelier.

While Jones’s 2012 collection Chinoiserie-on-Sea greets visitors as they arrive, bridging the gap between familiar landmarks of the seaside town and the monarch’s preferred interior style, blending the Regency aesthetic with details inspired by creations from east Asia.

Jones says he was keen to stage the exhibit in the pavilion, which began construction in 1787, because of the similarities between the monarch’s interiors homage to the region and the imagination employed by fashion designers. “Even before I was a milliner, I loved the pavilion because it’s a total fantasy place, a land of make-believe which is so fashion – it’s all a wonderful fake and that’s the great thing about it,” he told the Guardian.

As well as his private commissions, Jones’s long-term collaborations with fashion houses such as Schiaparelli, Marc Jacobs, Giles Deacon, Comme des Garçons and Christian Dior are also documented. The latter is represented by two haute couture dresses presented on mannequins along with the hats Jones created for their catwalk debut. A capsule collection for Harvey Nichols, which is sponsoring the exhibition, is to follow in the coming weeks.

Jones is also happy to divert attention away from London towards “the richness of Britain’s regional museums”. “I know about the V&A and the main museums but actually the smaller museums are extraordinary,” he said.

As his own tribute to Brighton, Jones has celebrated its status as the centre of gay culture in the UK with a selection of the rainbow creations he made for his 2002 collection, High, dotted along the sideboards of the faux bamboo-clad long gallery.

“It is like being in a giant hat,” said Jones, who co-curated the exhibition with Martin Pel of the Royal Pavilion and Museums Brighton and Hove. “Whenever I meet architects we always have so much in common. One thing you put on your head and the other you live in. The construction, the stresses, the strain. Architecture is as much about fashion as [anything else].”

Franchising industry expects it’s poised to rebound, if Covid is brought under control