Skip to Content
Home / Fashion / Does Anyone Wear Pantyhose Anymore? 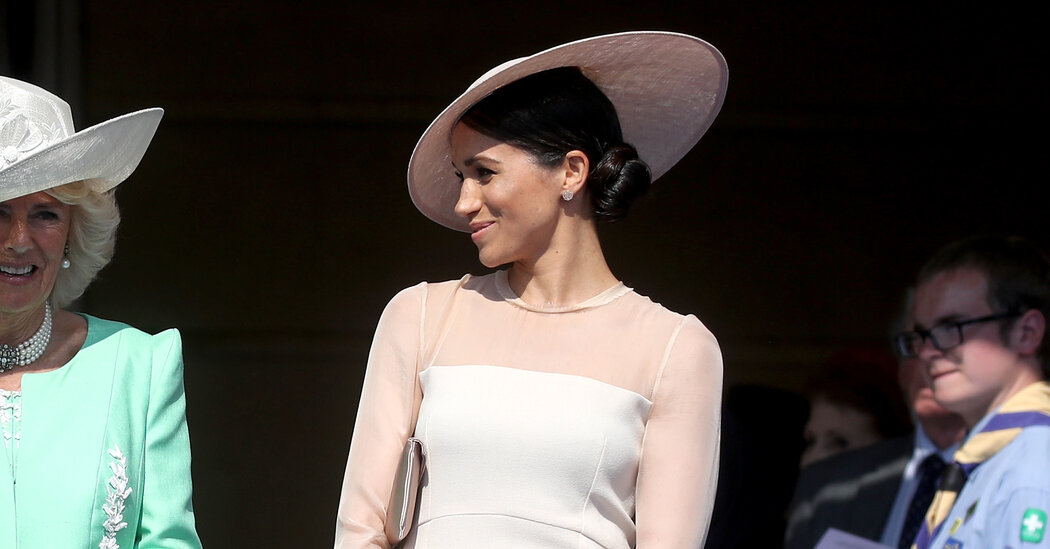 My daughter is getting married this spring. It will be a small daytime wedding in a park. I bought a knee-length wrap dress and neutral-colored low heels to wear, and though I have not bought or worn stockings in decades, I feel as if I should wear them with this outfit. My daughter is horrified and plans to go barelegged under her knee-length wedding dress. Is there a general “rule” about stockings? Some guidance, please. — Judith, Washington, D.C.

Pantyhose — or stockings or nylons or tights, which are not exactly the same things but are often used interchangeably — are one of those items of dress that seems innocuous and unimportant, but is actually a giant generational, occupational and cultural lightning rod. For women of a certain age, they are simply a part of girding yourself for the world; for others, they are a symbol of old-fashioned female repression and outmoded gender rules.

They’re not exactly a girdle or a crinoline, but they are a descendant of that genetic line: undergarments foisted on women to cover their bodies and make them “acceptable” to outsiders. They also, of course, help keep your legs warm and maybe prevent skirts from clinging, but that’s the trade-off.

Indeed, if you ever want to start a lively discussion during a lull in a dinner party, bring up the question of pantyhose. Even when they are invisible or skin-tone, no one is neutral on the subject.

Simply consider, if you will, the case of Megan Markle. Just after her wedding, when she was still a sign of change within the royal family and hopes were high for modernization, she appeared with her new in-laws at Prince Charles’s 70th birthday party in an ivory dress, matching hat and pale hose! The internet freaked out, with numerous viewers seeing in the tights a sign that she was being stifled, just as her legs were stifled.

Indeed, there were lots of rumors that tights were royal protocol, in part because the Duchess of Cambridge, like her grandmother-in-law, always wears them. Yet a few months after the tights appearance, Ms. Markle put an end to the talk, attending a charity performance in a tuxedo minidress and … no hose! Revolution, cheered the watching hordes.

Whatever the truth of the royal issue, the import was pretty clear: Stockings are not modern.

This fall into disrepute has probably been hastened by the pandemic, since pantyhose are not exactly a necessary part of one’s wardrobe when working from home. And indeed, even before remote work became a reality for many of us, most offices had abandoned the requirement (spoken or not) for pantyhose at work.

The exception being flight attendants. For many of them, pantyhose are still part of the uniform — see Kaley Cuoco in “The Flight Attendant” on HBO Max — in part because the compression in some pairs helps with circulation at altitude.

That said, designers love to reinvent and reassess previously rejected garments, so right on cue stockings have been on the rise in a variety of collections. Virginie Viard put sheer polka-dot versions on her runway for fall 2020; they were there at Saint Laurent in lace; and this week Kim Jones showed a sheer black pair at his Fendi show.

All of which means: It’s up to you. But understand what messages the outside world may read into your choice.

If you do choose to go with the hose, some brands to consider include Hipstick and Commando, both favorites of the Hollywood crowd. (Yes, there is a lot of hosiery on the red carpet.) Nubian Skin offers a variety of shades that actually work for the actual variety of skins. For a splurge, there’s Wolford, which is the Duchess of Cambridge’s go-to brand. Finally, on the more affordable end of the scale, there is Hanes, which is a top-seller on Amazon.

And know this: The sheer nylons and tights segment of the global hosiery market is predicted to grow by 2.1 percent over the next seven years. So whatever the politics, pantyhose are not going away.

Every week on Open Thread, Vanessa will answer a reader’s fashion-related question, which you can send to her anytime via email or Twitter. Questions are edited and condensed.

Hailee Steinfeld on Love, Corsets and Her “Weird” Show Dickinson

The Best Glute Exercises To Make You Leaner And Stronger