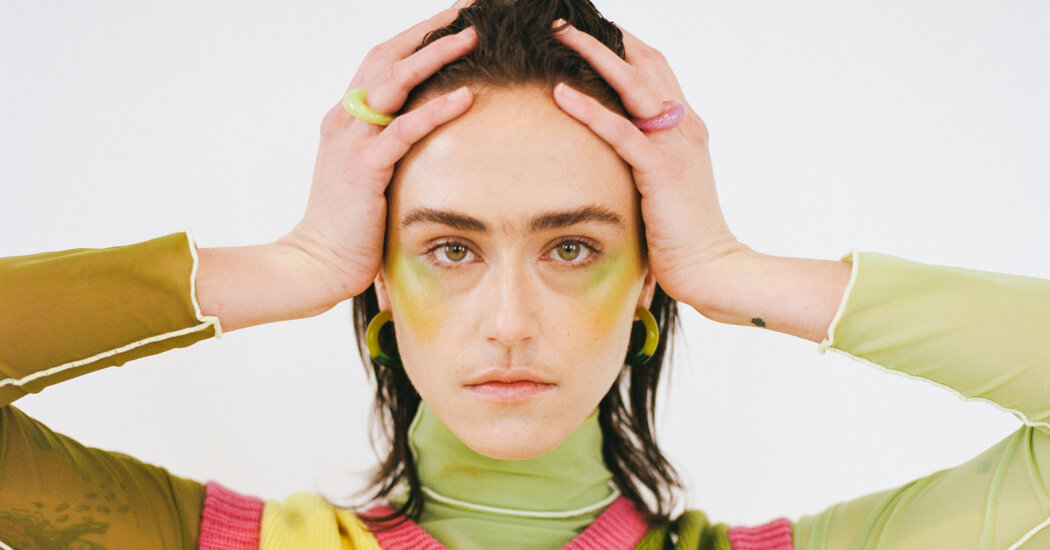 Ella Emhoff, the 21-year-old knitwear designer who signed a major modeling contract in January, has released her first clothing collection since her viral coat-wearing appearance at the inauguration of her stepmother, Vice President Kamala Harris.

Introduced Thursday morning on Mall, a shopping platform for emerging designers, the collection included five knitted items, priced between $160 and $320: two sweater vests, a purse, a long sleeveless dress and a pair of shorts.

Only one of each item was made. Within 30 minutes, three of the five pieces had sold out.

This model of drops — or limited releases, often heavily promoted on social media — originated in the streetwear world, where large groups of fans would line up for hours to buy a new style of sneaker. It’s since become a ubiquitous strategy, though mostly online now, for selling all kinds of things: not just Kylie Jenner’s lipstick kits and Telfar Clemens’s leather bags but also gourmet meals and Indigenous beadwork.

The D.I.Y. and slow fashion communities on Instagram and TikTok are no exception. There, independent makers are often one-person, made-to-order operations, and releasing their wares in small batches is often easier and more effective than running a full-time direct-to-consumer e-commerce platform. Artisans with large followings can see their goods sell out within seconds — which, as it has done for the streetwear designers, just creates more anticipation for their next drop.

Mall’s founder, Laura Banas, created her site last June as a community for these artisans; she stocks around 20 designers who, generally speaking, celebrate color and weirdness in equal measure. Nearly all of her inventory is one-of-a-kind.

“I look for pieces that are playful,” Ms. Banas said. “And a lot of designers I work with use vintage materials or have sustainable practices — those are the two biggest things for me.”

Ms. Banas said she met Ms. Emhoff a few months before the inauguration. She was impressed by how her designs were not only playful but “really well made,” she said.

Ms. Emhoff, who on Thursday also made her New York Fashion Week debut modeling for Proenza Schouler (and who modeled her own designs and others’ for Mall), is currently a senior at Parsons School of Design in New York, studying fine arts with a focus on textiles.

Last month, she told The New York Times she was looking forward to bringing “a bit of Bushwick into the high fashion realm.”

Spice Up Your Pandemic Love Life

A Young Queen Elizabeth: See Rare Photos of the Monarch During the 1950s and 1960s