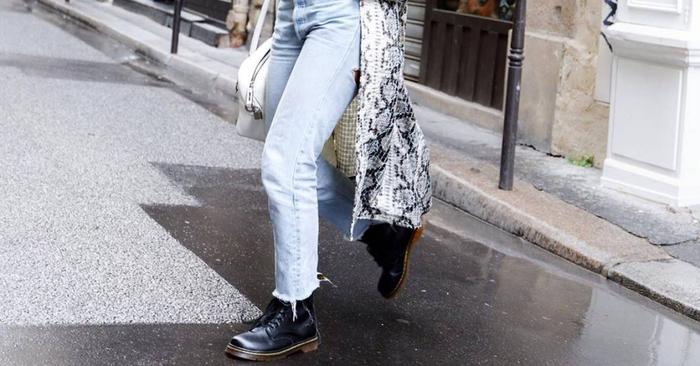 It’s strange, isn’t it, how a brand can suddenly become extremely popular again? Dr Martens hasn’t exactly ever disappeared, but they were definitely having a quiet moment and were off the fashion crowd’s radar for a while. This year, though, I can’t seem to stop seeing them. Both in London and other UK cities, I’ve spotted so many women wearing this brand. In particular the shoe versions of the classic boots.

So what’s behind the resurgence? It’s not just my eyes that tell me this brand is back—there are real numbers that back it up too. In March this year, Dr Martens revealed that profits were up 75% year on year to £85 million. While this is due in part to the brand’s vegan shoe range, you need only look to the current boot trends to realise that if there was ever a time for DMs to make a comeback, it’s now. Thanks to biker boots being an incredibly popular style with the likes of Prada, Alexander McQueen, Louis Vuitton and even Chanel creating a version, this lace-up style is on the radar of every fashion editor and influencer.

Drake Is Launching an Entirely New Label With Nike