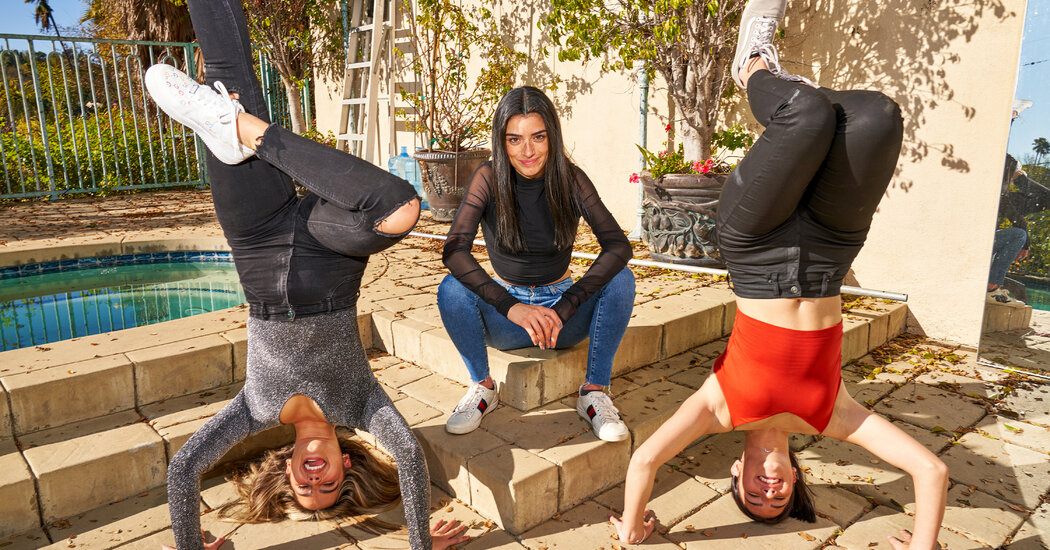 The Screen Actors Guild-American Federation of Television and Radio Artists has approved an “influencer agreement” that expands coverage and membership options to online content creators. (The term influencer is interchangeable with creator or content creator.) The terms will apply to individuals who are paid to advertise products on social media platforms.

“The Influencer Agreement offers a pathway for both current and future members to cover their influencer-generated branded content under a SAG-AFTRA contract,” the union’s president, Gabrielle Carteris, wrote in an email. “Our goal is to support these performers in a way that reflects the unique nature of their content.”

There is no minimum follower count for influencers who want to join the union, although eligibility for health and pension plans is based on certain work requirements.

Getting one’s “SAG card” has long been code for breaking into Hollywood (the Screen Actors Guild merged with the American Federation of Television and Radio Artists in 2012). Performers within the union are more likely to get work on a variety of film and TV projects, and it provides many with access to health and pension plans. Aspiring actors may toil away for months or even years as unnamed extras in order to earn enough credits to qualify.

Now, the definition of covered work within the union has expanded to include what successful creators do, which is to make sponsored content for brands. It’s the latest sign that the business of influence has become a crucial part of the entertainment industry and a gigantic revenue stream: brands are poised to spend up to $15 billion on influencer marketing by 2022, up from $8 billion in 2019, according to an Insider Intelligence and Mediakix report.

The guild currently represents about 160,000 professionals in film, television and radio — many of whom struggled to find work over the last year as production dried up during the pandemic, which further propelled the trend of entertainment industry professionals turning to social media to build new revenue streams by advertising products to their followers.

The guild’s influencer agreement is the culmination of three and a half years of on-the-ground research on how the entertainment landscape is shifting. As traditional entertainment professionals have taken to social media, casting agents and producers have increasingly scouted for new talent there, recruiting internet stars for roles or promotional campaigns for film and TV.

SAG-AFTRA’s new agreement opens membership up to more YouTubers, TikTokers, Snapchat stars and anyone else creating sponsored videos or voice overs. Dixie and Charli D’Amelio and Addison Easterling, some of TikTok’s highest earning creators, are now eligible to join the union — as are any creators doing sponsored video and voice-over work, such as creating sponsored TikTok videos or Instagram Story posts. (Union eligibility is not available to creators who are hired for “still” campaigns — which feature only photography, not video or audio — but those are increasingly rare.)

In addition to offering benefits, the union will able to advocate on behalf of content creators and pursue legislation to serve the creator community. It can also offer assistance with collective bargaining and help settle payment disputes between influencers and the brands that hire them.

As word about the announcement spread throughout the week, many influencers were excited and intrigued. “From everything I read so far it seems like something like myself and a lot of other creators will do,” said Lindsay Silberman, 34, a lifestyle influencer in New York, N.Y.

“I think this just legitimizes and lends a lot of credibility to an industry many have not taken seriously,” she said, referring to the work influencers do.

Most creators work with little to no labor protections; fraud is rampant throughout the industry, which is almost completely unregulated. Creators often act as mini advertising agencies themselves, producing, shooting, editing, distributing and promoting their own content — on top of managing their finances, accounting, and legal matters. Many lack health care or any sort of workplace benefits.

Michelle Gonzalez, 32 a travel content creator in Los Angeles, said she hopes the union can bring more awareness around pay and hiring. “I think a greater level of transparency around pay and who is included in campaigns could benefit influencers,” she said. “You can’t fight for equal pay or representation without knowing what your peers in the industry are earning. A huge issue right now in the influencer economy is a lack of diversity and inclusion and that issue exists in Hollywood as well.”

A crucial distinction of the new coverage effort under SAG-AFTRA is that while the union will be able to represent creators in negotiations with the advertising brands, it won’t be able to negotiate directly or on an individual basis with the social media platforms themselves.

This is notable as many creators in the industry have moved away from brand deals in recent years, favoring more direct forms of monetization such as building subscription businesses on platforms like Patreon and OnlyFans, or through programs like YouTube’s AdSense or the TikTok creator fund.

“The platforms have more leverage than any individual brand does,” said Li Jin, the founder of Atelier, a venture capital firm investing in the influencer economy. “As the platforms roll out creator monetization programs, those programs are going to capture a larger segment of people on those platforms than brand deals touch.”

It remains to be seen how the union may advocate for online creators’ relationships with platforms in the future.

Influencers have attempted to create associations before. The American Influencer Council, an invite-only nonprofit trade association, launched in 2020 as did The Creator Union, a collective founded by a group of British content creators. And in 2019, Instagram memers attempted to form a union, but it quickly dissolved.

But the SAG-AFTRA influencer agreement is a big step in giving a growing and highly influential industry a more powerful collective voice.

“It’s probably been needed for a decade,” the influencer expert Kat Molesworth told the Guardian last year, referring to unionization. “People are taken advantage of with unfair practices and it’s just been building.”

Desperate for a Pedi? These Are the Best Foot Creams to Tide You Over