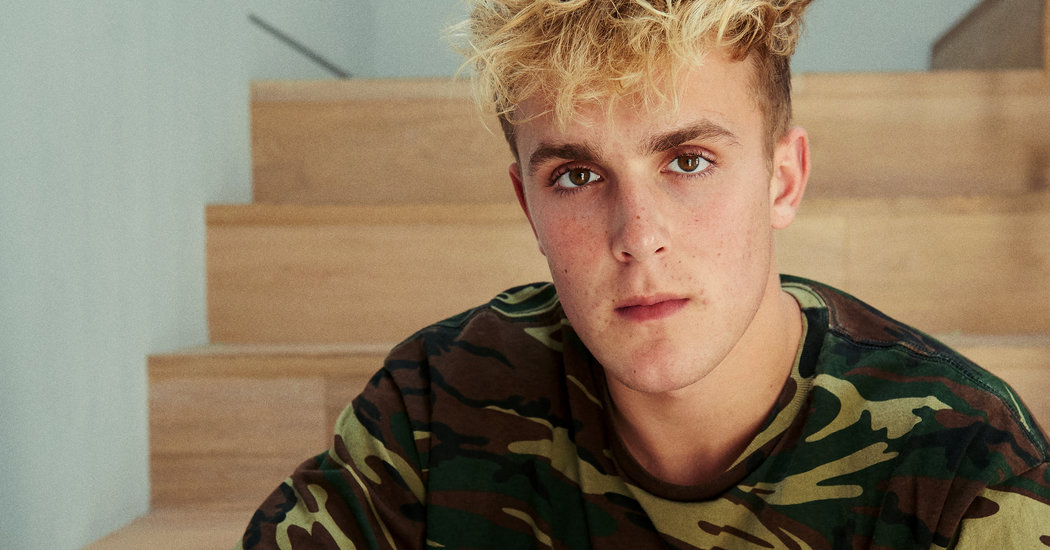 The social media influencer Jake Paul has been charged with criminal trespassing and unlawful assembly after videos appeared to show him participating in a looting at a mall in Scottsdale, Ariz., on Saturday.

Videos of Mr. Paul, a YouTube star with more than 20 million subscribers, at the Scottsdale Fashion Square mall with friends circulated online throughout the weekend after his videographer, Andrew Blue, shared footage of Mr. Paul inside at the time of the looting.

In videos posted to Instagram, Mr. Paul can be seen walking through the mall as looters smash the glass of a Sephora and Swarovski store and bash in car windows around him. One clip appears to show Mr. Paul handling a stolen bottle of vodka.

“Our investigation has revealed that Paul was present after the protest was declared an unlawful assembly and the rioters were ordered to leave the area by the police,” the Scottsdale Police Department said in a statement on Thursday. “Paul also unlawfully entered and remained inside of the mall when it was closed. As a result, Paul has been charged with criminal trespass and unlawful assembly.” Both charges are misdemeanors.

Mr. Paul, 23, is best known for his brash personality and using controversy and internet feuds to court views. He regularly documents his life on social media and travels with a team including a videographer, who captures his escapades for his YouTube channel. In the days after, he has remained adamant that he was present at the mall simply to capture what was going on and potentially use it as content for his YouTube channel.

“To be absolutely clear, neither I nor anyone in our group was engaged in any looting or vandalism,” he said in a statement on Twitter, adding that he and his crew were “strictly documenting, not engaging.”

According to Ishan Goel, 21, who was with Mr. Paul on Saturday night, Mr. Paul got wind of the events at the mall and the group decided to walk from the nearby restaurant where they were having dinner to check it out. “There were police helicopters circling with lights and sirens, and Jake wanted to figure out what was going on inside the mall,” Mr. Goel, an entrepreneur, said in an interview on Thursday. “He was trying to figure out why people were there and what they were doing.”

Shortly after they arrived on the scene, Mr. Paul began interviewing people and was getting recognized by groups. He continued to film as the police moved in. As he approached a group of officers, they began using what Mr. Paul described as tear gas.

“I walked right up to there,” he said in a video posted to Instagram, gesturing at a line of police officers, who he said “tear gassed” him.

In his statement on Twitter, Mr. Paul claimed that he had spent the earlier part of his day peacefully protesting “one of the most horrific injustices our country has ever seen” and that his goal was to “bring more attention to the anger felt in every neighborhood we traveled through.”

Mr. Paul has leveraged major news events for content in the past and has engaged in political issues. In 2017, he drove to Texas in a pickup truck and claimed that he would rescue residents who had been trapped by Hurricane Harvey floodwaters. In 2018, after the Parkland, Fla., mass shooting, Mr. Paul created a documentary-style video on the attack in which he laid out a five-point plan he had devised to stop school shootings. It included things like having children carry bulletproof shields inside their backpacks, installing bulletproof windows in classrooms, and putting more law enforcement officers in schools. He was sharply criticized by many young activists online. In 2018, he also faced backlash for using a racial slur in a freestyle rap.

The looting at the Scottsdale Fashion Square mall was not affiliated with the Black Lives Matter movement, nor any of the groups peacefully demonstrating in Scottsdale and Phoenix against police brutality. In response to peaceful protests around the country, police officers have used batons, gas and rubber bullets on protesters, bystanders and journalists. Videos documenting police brutality have been going viral on social media, and many have speculated that Mr. Paul sought to exploit the topicality of police brutality to rack up views.

After posting a black square to Instagram on Tuesday with the caption “black lives matter #BLM,” Mr. Paul’s page was flooded with comments chastising him for his presence at the Saturday night looting.

Logan Paul, Jake Paul’s brother and a fellow YouTube star, posted a passionate speech on anti-racism to his YouTube channel and podcast on Tuesday calling on white people and those in power to “acknowledge and weaponize” their privilege.

“Make your voice heard, attend a protest, speak up against injustice,” he said. “If you’re white, if you look like me, use your privilege.”

He called those who do not think white privilege exists “blind”: “You are delusional and you are part of the problem.”

The Ultimate Guide To Men’s Business-Casual