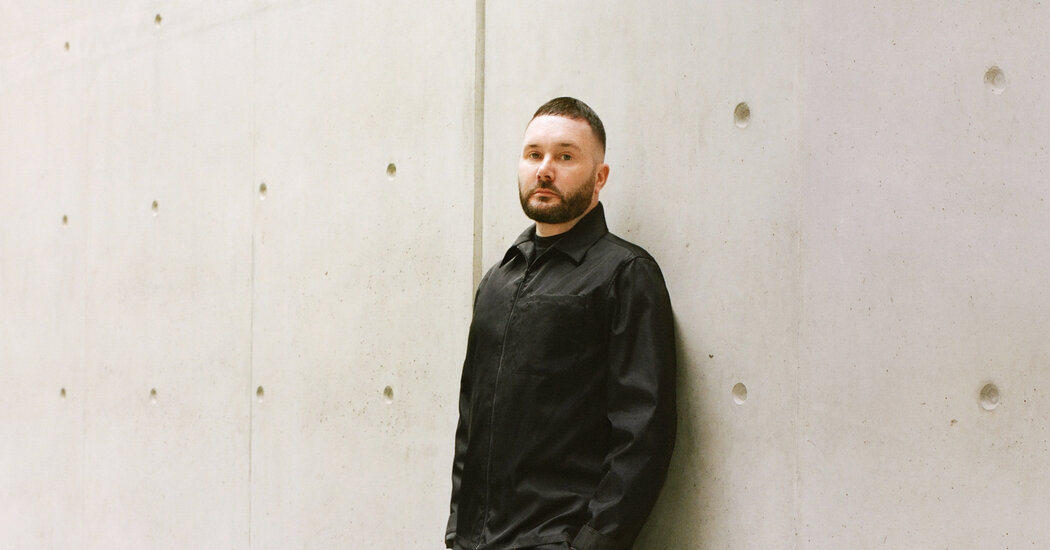 The job of artistic designer at Fendi has finally been filled.

The storied Roman fashion house and fur specialist announced on Wednesday that the British fashion designer Kim Jones would replace Karl Lagerfeld, who died in February of last year, in the role.

Mr. Jones will be responsible for the haute couture, ready-to-wear and fur collections for women, Fendi said in a statement. He will also maintain his current position as artistic director of Dior Men in Paris.

It is the second major designer move by Fendi’s owner, LVMH Moet Hennessy Louis Vuitton, the world’s largest luxury group by sales, since the coronavirus pandemic began. (The French company appointed Matthew Williams as Givenchy’s new designer in June.) As such, it reflects the luxury group’s commitment to forging ahead with its brands and buzzy designers, even as questions swirl around the future of fashion, shopping and the entire traditional show system.

In a statement, LVMH’s chief executive, Bernard Arnault, called Mr. Jones “a great talent,” adding that he had proved his ability to adapt to the codes of assorted LVMH houses “with great modernity and audacity.”

The hire represents a doubling down on a bet by LVMH that fur will continue to be a hallmark of luxury, at a time when it is increasingly being seen as an unethical relic of another era. And as the industry faces a reckoning on race and diversity, the hiring of a white man already in its employ at Dior for one of the most plum design titles in the business also could be seen as going against the trend of confronting fashion’s systemic racism, and LVMH’s stated commitments to tackling that.

The choice of Mr. Jones is the culmination of more than than a year of discussions and apparent soul-searching by LVMH, which built Fendi into a billion-dollar brand. Fendi has been a core pillar of its fashion empire since it purchased an initial stake in the company from the Fendi family in a joint venture with Prada in 1999 (in 2001, LVMH became the brand’s sole owner).

Along with Silvia Fendi, the only family member still in the company, who will continue to design Fendi accessories and men’s wear once Mr. Jones arrives, Mr. Lagerfeld was integral to that growth. Over a 54-year tenure at Fendi, Mr. Lagerfeld created the concept of “fun fur” when fur was seen as the stale province of the bourgeoisie. He held “haute fourrure” shows on the couture calendar even as fur increasingly fell out of fashion. He and Ms. Fendi appeared on the catwalk together at the end of every women’s wear show.

Though it was often suggested that Ms. Fendi, who referred to Mr. Lagerfeld as a mentor, might assume sole creative ownership of the brand after his death, executives at LVMH were open about their belief in the benefit of two creative personalities sparking off each other. (Along with Mr. Jones, another name thought to be in the running for the position was Maria Grazia Chiuri, artistic director of women’s wear at Dior.)

Designer pairings can be a risk, given the egos that are sometimes involved. But along with Miuccia Prada’s recent decision to name Raf Simons as co-creative director of Prada, pairing Mr. Jones and Ms. Fendi may also signal a new approach to team-building in fashion. A fetishization of the single visionary has more often been the norm, and several high-profile talents like Mr. Jones and Virgil Abloh have increasingly juggled multiple design responsibilities across top fashion houses.

Fendi’s chief executive, Serge Brunschwig, called Mr. Jones “one of the most talented and relevant designers of today.”

For his part, Mr. Jones said: “I would like to profoundly thank Mr. Arnault, Mr. Brunschwig and Silvia Venturini Fendi for this incredible opportunity. Working across two such prestigious houses is a true honor as a designer and to be able to join the house of Fendi as well as continuing my work at Dior Men’s is a huge privilege.”

A graduate of the London art-and-design school Central Saint Martins and one of the brightest stars on the luxury men’s wear scene, Mr. Jones has long been ascendant at LVMH. Before joining Dior Men’s in 2018, he worked at Louis Vuitton as their men’s wear designer for seven years.

There, he brought his longstanding love and encyclopedic knowledge of hyper-luxe street wear — athletic tech fabrics, big sneakers, oversize graphic T-shirts and elegant tracksuits, but also crocodile backpacks and cashmere baseball tops — to a superbrand that had been overly content to sell its male clientele little more than monogrammed leather cases, belts and wallets.

More recently, at Dior, his shows merging suiting with streetwear and reworking tailoring for a modern audience generated buzz beyond the men’s market. They have shown Mr. Jones to be more plugged in to the outside world than some of his industry peers.

In July, for example, a week after the brand was criticized for casting an all-white ensemble of models for its women’s wear couture presentation as Black Lives Matter protests raged worldwide, Mr. Jones featured only Black models in his spring/summer 2021 collection. It was designed in collaboration with the acclaimed Ghanaian portrait painter Amoako Boafo. In December, Mr. Jones was named designer of the year at the Fashion Awards in London.

He will be expected to bring some of that magic to Fendi. The brand has seen robust growth in recent years, fueled by its savvy leather accessories, fur designs and a burgeoning fan base in China and Southeast Asia.

LVMH does not regularly break down the sales performances of individual brands in its portfolio. But it has disclosed that in 2017, Fendi passed the billion-dollar mark in annual sales for the first time. Now, even the most prestigious luxury brands are facing colossal challenges because of the pandemic, which will force luxury industry sales to contract by 25 percent to 45 percent this year, according to estimates by the consulting company Boston Consulting Group.

Luxury executives everywhere are tackling decisions around supply chain disruption, excess stock and how to sell it, potential store closures and a global recession that will hit the wallets of millions of consumers globally and raise the stakes exponentially for any new designer.

But Fendi stalwarts appeared bullish about the boost that the house would get from Mr. Jones’s hire.

“I look forward to taking the Fendi universe to the next level with Kim,” Ms. Fendi said.

Though Fendi is planning to hold a physical show on Sept. 23 in front of a reduced audience during Milan Fashion Week, Mr. Jones’s debut collection is planned for February as part of the fall/winter 2021 show season, the company said.

The industry is hoping that by then, shows will once again be heralded live events — all the better for a blockbuster debut.

How To Get Brad Pitt’s Many Amazing Hairstyles

Why Do People Think Scott Borgerson is Married to Ghislaine Maxwell?