Skip to Content
Home / Fashion / Mother’s Little Helper is Back, and Daddy’s Partaking Too 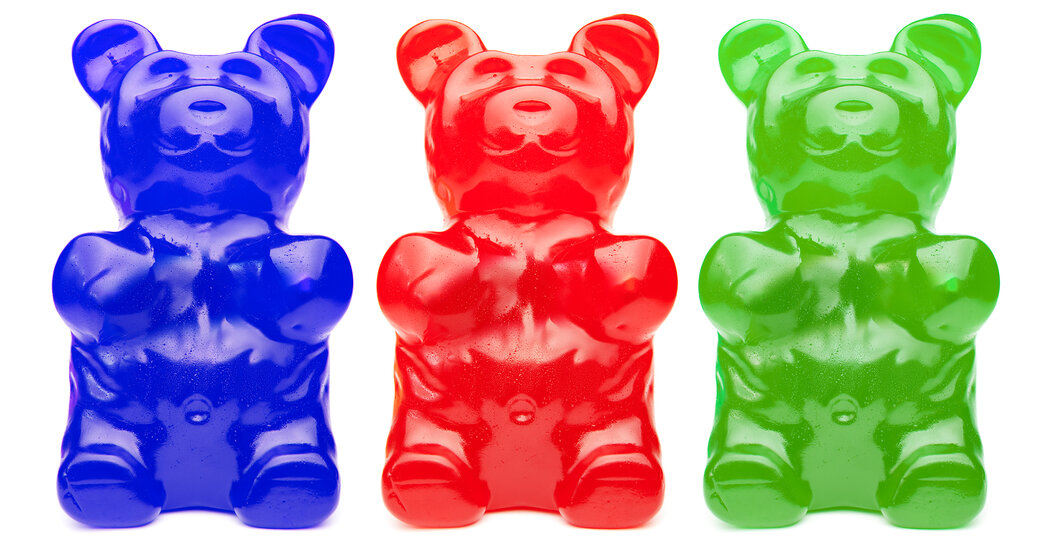 I have a yearslong WhatsApp message group with a handful of fellow mothers of small children from across the United States and Canada. Since the pandemic began, what I refer to as “mom chats after dark” start at around 7:30 p.m., Eastern Standard Time. That’s when the children are asleep, and a wave of inebriation begins on the shores of the Atlantic and crashes across the continent. The above message was from July, when we hit 125 days of lockdown.

That one is from a mother in California in early September, when she was trapped inside with her three children for days because the air was so thick with smoke that it was unsafe to breathe outside.

Since the pandemic began, members of the group have experienced job losses, wildfires, weekslong power outages from tropical storms, political unrest, elderly parents with Covid-19, a news cycle on turbo and unending days filled with educating, feeding and caring for their children while also trying to fit in eight or more hours of work.

And we’re the lucky ones who can meet our children’s basic needs. Somewhere between 20 and 40 percent of parents of children under 5 have worried about their children getting enough to eat since the pandemic started, and many who cannot work remotely are scrambling for coverage with the fitful reopening of day care centers and schools.

The increase of substance use among parents is “just kind of understandable,” said Jonathan Metzl, the director of the department of medicine, health and society at Vanderbilt University. “This is an incredible, once-in-an-epoch stressful situation, and the kinds of outlets people usually have in their lives are just not available.” We can’t go to the office, we can’t go to the gym, we can’t really see friends or family, and we never get a break.”

“My hobby is doom scrolling and learning the science of Covid and smoking weed and sitting on the toilet staring at the wall,” said Julie Kortekaas, 36, a mother of two children, ages 10 and 18, and a health-food restaurant owner in London, Ontario. “I just hide in my bathroom and vape,” she said, to deal with the stresses of a restaurant industry that’s unrelentingly bleak, customers who are anti-mask and a husband who works as a house painter and is concerned about virus risk in other people’s homes.

Ms. Kortekaas has increased her marijuana intake since the pandemic started (it is legal in Canada). “I smoke some weed and am able to calm down and clean my kitchen and do my laundry and do some regular person things,” she said.

Though there aren’t reliable statistics that break down parents’ use of alcohol, marijuana and anti-anxiety medications specifically, overall adult use of these substances has gone up since the pandemic began, said Dr. Nora D. Volkow, the director of the National Institute on Drug Abuse.

A nationally representative study of more than 1,500 Americans over 30 published in JAMA Network Open, showed that alcohol use is up among all adults in that age range, but in particular, among non-Hispanic white people, women and those between 30 and 59.

Many states where marijuana is legal have seen a big increase in sales since the virus began; for example, in Washington State, “cannabis revenue spiked at the height of the pandemic,” according to budget analysis from a local news radio station, KXLY. And some data from earlier in the pandemic showed that prescriptions for anti-anxiety medications were on the rise. Prescriptions for Klonopin and other similar drugs rose 10.2 percent in March 2020 from March 2019, The Wall Street Journal reported, citing statistics from IQVIA, a health research firm .

Parents aren’t just using substances as a means of relief. For some, it’s also a ritual that helps them separate work from play when no one ever leaves the house. At 5 p.m. Bree Sanchez, 45, and her husband have a drink in their backyard.

“We need to shape this day a little, a transition to our next thing, which is laundry, dinner, cleaning stuff up,” said Ms. Sanchez, an art director and mother of two children, ages 9 and 11, in the Bay Area. Their daily cocktail is “a way to pause and talk to each other, and the kids will leave us alone.”

Though a desire to blunt the pain and uncertainty of 2020 with all manners of substances is understandable, Dr. Volkow worries that many parents won’t be able to tell when their drinking or drug use tips into dangerous territory. “It’s hard to be aware you’re falling into a pattern that’s problematic,” she said, adding that people with substance abuse disorders may rationalize any amount of intake, and may not be able to recognize that they’re increasing their use over time.

From Miltown to ‘Wine Moms’

Middle-class parents’ self-medication has long been recreationalized, even romanticized in America (so long as they were white); think of sitcom dads pouring a drink and sinking into the BarcaLounger after a long day with Bob in accounting, or neurasthenic moms popping pink capsules while the casserole browns.

Starting in the postwar period, tranquilizers were marketed and prescribed to many women who were experiencing discontent related to their domestic roles. At the time, there was a great deal of cultural panic about them becoming too powerful outside the home, said Dr. Metzl, who is also the author of “Prozac on the Couch: Prescribing Gender in the Era of Wonder Drugs.”

They had enjoyed a measure of autonomy and employment outside the home during World War II, and after it was over, men returned and expected their wives to happily retreat to the kitchen and the nursery so they could take their jobs back.

The first drug to be marketed as “a drug for the tensions of the motherhood role,” was Miltown in the ’50s, Dr. Metzl said, followed less than a decade later by Valium.

These powerful drugs were sold as a way to sedate women who didn’t fit the 1950s submissive ideal later satirized to chilling effect in “The Stepford Wives.” In 1966, the Rolling Stones released their infamous track “Mother’s Little Helper,” placing the blame on tranquilized mothers for needing a pill just to get through the day (coming from a band known for its louche drug use).

A particularly offensive ad from the ’60s called “The Battered Parent Syndrome” implies that Miltown is the cure for any unhappiness a college-educated woman may feel about “the guilt burden of this child-centered age” or having to “compete with her husband’s job for his time and involvement.”

A 1971 ad, for Valium, is about a woman called “low self-esteem” Jan, who never married because she is “psychoneurotic” — if only she could be sedated into perfect motherhood.

By the ’70s, Valium had become the most prescribed brand-name drug in the United States. But the cultural view of women and drug and alcohol use was starting to shift in that decade, and it gave women much more agency. Feminists pushed back against the over-prescription of sedatives (“tired mothers might do better in working in the National Organization for Women than in taking antidepressants,” said a woman at a 1971 congressional investigation of Valium).

At the same time, marijuana and alcohol use were associated with a newfound freedom and rebellious spirit, and feminist rhetoric was often co-opted to sell booze. (“I never even thought of burning my bra until I discovered Smirnoff,” read one 1970s advertisement.) But this sense of revolution was only for single and childless young women, and mothers, particularly nonwhite and unmarried mothers, were demonized for drug and alcohol use.

There’s not a clean, linear narrative of alcohol and drug use among mothers from the ’70s to today, said Stephanie Coontz, the director of research and public education for the Council on Contemporary Families and the author of “The Way We Never Were: American Families and the Nostalgia Trap.”

Still, she mentioned that starting in the ’90s, what social scientists call “intensive parenting” — a style of parenting that takes a great deal of money, time and emotional involvement, mostly from mothers — became the norm for middle-class families. And stress and anxiety ensued.

Despite working more hours, mothers in the 2010s spent more time on child care than they did in 1965. That’s around when “wine moms” entered the lexicon: women who were using alcohol to take the edge off a long day spent dealing with all the responsibilities of intensive parenting.

Social media has amplified them. They’re winkingly letting us know that the expectations of modern motherhood are unreasonable by posting memes on letter boards like “Motherhood: Powered by Love Sustained by Wine” and drinking from enormous goblets on TikTok videos.

All that was before the coronavirus, when the stressors and responsibilities of being a mother increased immeasurably. There’s more housework, more child care, remote learning to manage and a contentious political moment with reproductive rights, among many others, hanging in the balance.

“It’s ironic we’re having this conversation now, in light of profound threats to everything women stood for in the ’60s and ’70s,” Dr. Metzl said.

Wine in a sippy cup is simply not an option for many parents with a history of substance abuse. On Instagram, around 70,000 posts are tagged #winemom, but when you look through them, you realize that a small portion are posts about trying to stay sober in a wine mom world — a difficult task made even harder by a pandemic.

Katy Maher, 47, has been sober for almost 19 years. The mother of 7-year-old twins in Chicago, she lost a job of nearly 20 years at a recruiting firm. “I was devastated,” Ms. Maher said. “I was bitter and sad, and there was no closure and no goodbye. It’s all due to Covid.”

“I’m supplementing eating more instead of drinking,” she said. “I’m an addict, so it comes out in different ways.” She said she tries not to be judgmental of the “mommy juice crowd,” but she worries about the potential for substance abuse. “I absolutely think it’s harmful in many ways.”

Dr. Volkow shares these concerns. She said that some signs of problematic substance use are when you need more and more to get the same effects, you cannot skip a day of use, or you’re forgoing other activities to use the substance when it’s not appropriate. She added that if you have a family history of addiction, you should be especially mindful of your intake.

But for some parents, getting just a little stoned is the only way they can eke out a small measure of joy in an otherwise fairly hopeless time. Deborah Stein, 43, said her nightly pot gummy is the one thing allowing her to get a good night’s sleep on a regular basis.

She’s the mother of a 21-month-old in Los Angeles and works in the theater industry, which has been “completely decimated” by the virus, and she and her husband are worried for their future livelihood, along with the health of their families, the air quality, the election and about a million other things.

After dinner, the couple splits a “chill” gummy containing 50 milligrams of THC. “It’s a way of carving out this hour or 90 minutes we get to spend together, before we have to walk the dog,” Ms. Stein said. For at least that brief window, “we get to be peaceful.”

Every Easy Way To Wear Colour In Winter