Gone are the days where you’d have to carry an actual camera around your neck if you wanted decent snaps. Now, everyone is a photographer thanks to smartphones and the increasingly powerful cameras built into them. But what if you want more? And what if you want something that looks as good as the images it produces?

Okay, so no, an attractive camera won’t help you take better photos. But, it might mean you’ll want to pick it up more often than you would a chunky plastic DSLR, resulting in more photos, which is no bad thing if you’re after value for money. Instagram will thank you.

The internet is awash with technical reviews on every camera under the sun, but they all too often overlook design. Let’s face it, if you’re spending hundreds on an inanimate object, chances are you want it to look and feel good. And, since we’re all about the aesthetics, we thought we’d break down the best cameras on the market, not by technical performance but by how they look. Yes, we’re shallow (although, to be clear, every camera below is capable of pro-grade imagery.) The Most Stylish DSLR & CSC Cameras

At the more professional end of the camera spectrum lie DSLRs (digital single lens reflex) and CSCs (compact system cameras). The former is a traditional setup, complete with optical viewfinders and mirrors – just like any camera from the 20th century, whereas the latter is mirrorless and therefore smaller. Both offer interchangeable lenses.

Most DSLRs are horrible plastic designs, so it was refreshing when Nikon introduced the DF back in 2013. It’s a real camera, with metal bodywork and actual dials that you can twist and prod. The design is based on Nikon F-series film cameras of the ‘70s, and, to the untrained eye, it looks like a 35mm SLR. But, it has all the innards you’d expect from a brand new bit of tech – win, win. Wearing a Leica around your neck won’t make you a better photographer, but you’ll at least look like you know what you’re doing. All the greats used them: Henri Cartier-Bresson, Garry Winogrand, er, Brooklyn Beckham. And maybe, just maybe, you’ll be able to channel some of their creativity when roaming the streets. Leica’s M-series is the most iconic camera series ever – the M10 the latest in a long line of greats. Fujifilm makes some of the best-looking cameras today. Fact. Classic, throwback looks; rigid magnesium alloy bodies; milled aluminium dials and all-round sturdy build quality make its X-series cameras highly sought after. The X-T3 is the newest flagship model and not only does it look the part, critics are saying it’s one of the most well-rounded bodies available today. It should be no surprise that many of the most stylish cameras take their inspiration from the past. Cars, watches, clothes; most things were cooler back in the day. The PEN-F is styled to look like a rangefinder camera, with a small, sleek metal body and discreet electronic viewfinder built into the left-hand side. It’s ideally for street photography, and for looking cool. The Most Stylish Cameras For Beginners

Beginner cameras should be one thing and one thing only: easy to use. We’re talking effortless auto modes, adaptable zoom lenses, and in some cases, built-in tutorials that allow users to learn the manual settings. But, come on, they need to look good, too.

An easy route into taking quality photographs can be had with the Powershot G9 X Mark II. It’s small, simple, and features a rear touchscreen for millennials, allowing the user to focus or change settings like you would on a mobile phone. In a nod to cameras of old, it also has a faux leather wrap-around grip. Smooth. What makes a good looking camera? We say simple design and high-quality materials. The LX100 II has both in spades. It’s also an ideal camera for beginners looking to learn manual controls the proper way.

Simply set the ISO to auto, then adjust the shutter speed dial on top of the camera, and the aperture on the fixed (Leica) lens. And, if you’re struggling, just set both to auto and snap away. If you like the idea of carrying a compact camera and aren’t happy with the results you’re getting from your mobile, this could be the camera for you. Its incredibly svelte body will fit in any pocket, that is when the mammoth 10x optical zoom lens isn’t protruding from it like Pinocchio’s nose. The Most Stylish Cameras For Travelling

Anyone who’s ever travelled knows that the less gear you carry, the better. Travel cameras, then, must be compact but they also need to be versatile – you’ll want to be able to shoot a range of subjects in all conditions. And naturally, it’ll need to be able to take a bruising – so metal bodies and weather resistant sealing should be a preference.

The original Fujifilm X100 was arguably the best new camera design in recent memory. It referenced rangefinders of old in its basic design, but also boasted its own distinct look and feel that plenty of other brands have since tried to replicate. The X100F is the latest iteration and is perhaps the ideal travel camera – it can fit in a pocket but also rivals many DSLRs in terms of picture quality. Another potential requirement for travel cameras: zoom lenses. Sony’s RX100 Mark VI has a range from 24-200mm, meaning you can dial in and create unique perspectives on distant landscapes. With a pared-back design, a tilting touch screen and 4k video, it’s begging to be taken with you wherever you go. 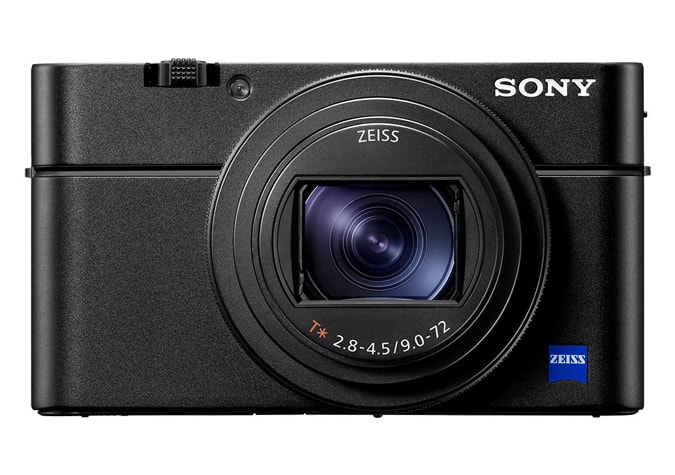 Whereas the M10 harks back to its mid-century design – virtually unchanged – the Q2 is the Leica of the 21st century. It’s beautifully minimal, with only the bare essentials visible on the body, which is fixed on a Summilux 28mm 1.7 lens for unrivalled sharpness. The “Made In Germany” tag is proudly etched on the bottom plate too, so you know the quality will be the best in the business. Whereas the Pen F resembles classic rangefinder designs, the Olympus OM-D family took its inspirations from old SLRs. If you want an interchangeable lens body for your travels, this could be the one, although disappointingly, the main dial atop the camera only cycles through modes and doesn’t control shutter speed. Things You Should Know Before Travelling to Italy

How Celebrities Decked the Halls This Year, From Mariah Carey to Miley Cyrus