Skip to Content
Home / Business / TV should expose the flaws of fast fashion, not treat it as entertainment | Lucy Siegle 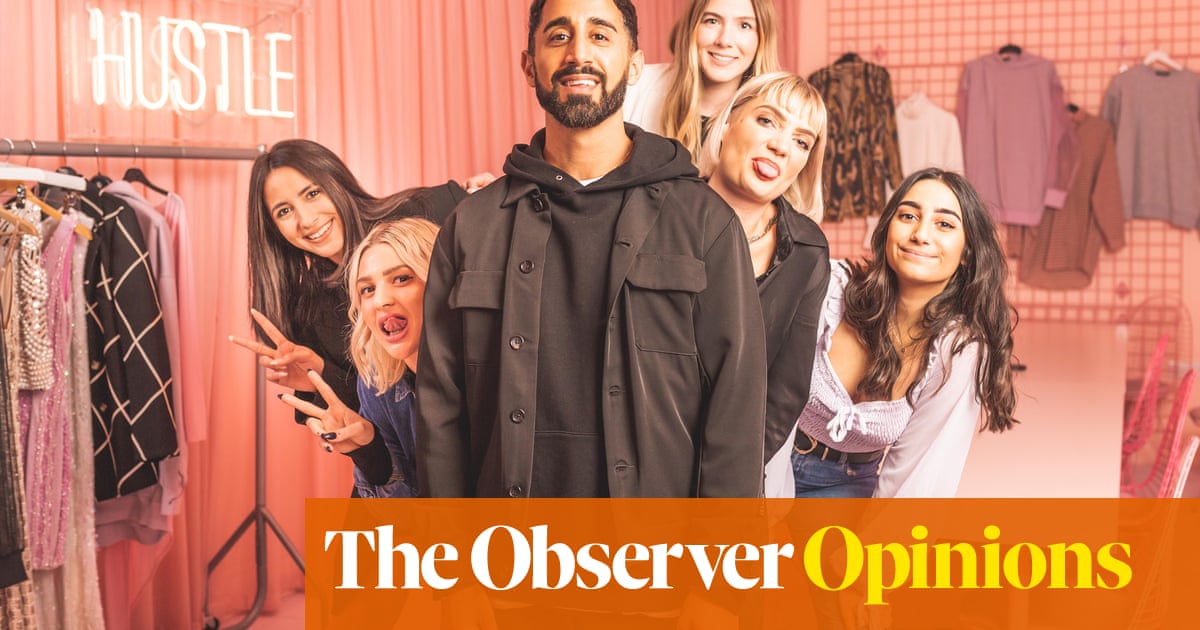 According to TV industry media, the fast fashion brand Missguided turned down more than 500 requests from TV production companies before agreeing to allow Pulse Films into its head office in Manchester last year. The fruits of that labour, Inside Missguided: Made in Manchester, a four-part series in Channel 4’s “coveted” 10pm documentary slot, were revealed last week.

Let’s be honest, I did not enjoy the show. A more substantive archive of my distress can be found on Twitter, but the short version is that I’m disturbed that this horror show of turbo-charged consumerism was ever commissioned.

Missguided is one of the new generation of fast fashion brands. It is perhaps most famous for selling a £1 bikini, an item that screamed disposability and was calculated to give people like me, who major in cleaning up the fashion industry, a nervous breakdown. The company said at the time it was a loss-making promotional item that cost more than £1 to produce. Predominantly online, the brand’s HQ is in Manchester, also home to rivals such as Boohoo and Pretty Little Thing. “What was important was Mancunians telling the story,” the show’s executive producer, Nelesh Dhand, told Prolific North. He didn’t want a “southern team making a sneery cynical documentary about their world and their city”.

The faster fashion moves, the more waste it generates, because there are losses at every stage of the process

This is ironic because, at the risk of sounding sneery, this is one of the most cynical pieces of TV I have ever seen. In tone and content, this series is very similar to Breaking Fashion, the BBC3 show from last year, which followed fast fashion brand In the Style. Breaking Fashion mentioned eco-detractors but left it there. Inside Missguided does at least devote some minutes of episode three to a performative factory audit in Leicester. We learn that Ashish, who heads “the ethics team”, is known for being a stickler and the brand is “a bit stricter” than some of its rivals. “How many of them are migrant workers?” asks Ashish. Why this is a pertinent question isn’t really explained.

Later in the episode, after a tense meeting on party dress inventory and a baby gender reveal party, a sequence confirms that the recently audited factory run by Mick Cheema of Basic Premier (already widely rated in Leicester as a good factory that pays legal wages) will win a Missguided contract. Phew. Congrats, Mick! But how much of Missguided’s inventory will this factory produce and in what time-scale? As viewers, we are simply not given the information to make an informed judgment.

What we do get however are snippets of the CEO, Nitin Passi, being interviewed by a (serious) FT journalist. Passi poses and answers his own question bringing us on to well-trodden ground: “Where people say, how do you make a garment for £5, well you can make a garment for £5 if you buy it smartly and you manufacture it smartly.” If this seems a bit light on granular explanation, many manufacturers also struggle with the detail. Members of the Textile Manufacturer Association of Leicestershire have complained that retailers offer such low prices per garment that they simply “cannot be manufactured ethically”.Passi also asserts that the demand for newness is being fuelled by the customer and “if we don’t do it someone else is going to do it”. No doubt.

The problem is that we’re at a point when this is not good enough. The global fashion industry’s annual environmental and social assessment, the Pulse report, led by Boston Consulting, concluded last year that sustainability efforts are “not moving fast enough to counterbalance the harmful impact of the fashion industry’s rapid growth”. It said: “Projections suggest that by 2030 the global apparel and footwear industry’s [output] will have grown by 81% to 102m tons”, which amounts to “an unprecedented strain on planetary resources”.

The more popular and normalised this supply chain becomes, the less appetite politicians have to intervene

One of the major issues with these brands is their speed. Every time we quicken the supply chain we multiply the environmental impact. Although we tend to focus on fickle consumers chucking away clothing as the main problem (and it is a problem), there is also hidden waste throughout this process. As Katie Treggiden, author of the forthcoming book Wasted: When Trash Becomes Treasure, explains: “The faster fashion moves, the more waste it generates, because there are losses at every stage of the process.”

Throughout this supply chain the true environmental cost of fashion production seems to be all but ignored by brands. To produce a documentary at this point, without examining this industry-wide issue, is perverse.

The only way to get a grip is legislation. The truth is that the more popular and normalised and culturally embedded this supply chain becomes, the less appetite politicians have to intervene in a system that needs a huge overhaul. This suits brands down to the ground. In 2018, the UK environmental audit committee began an investigation into fast fashion (I was one of those who gave evidence). This led to a report, Fixing Fashion, which contained 18 sensible policy interventions. These were all rejected by the government.

Turning fast fashion supply chain issues into format points, as these shows do, will increase the inertia. In Inside Missguided, a buyer is shown haggling on the phone, driving the price of an item down by 10p as if this were a challenge on The Apprentice. Similarly, jeopardy is provided by last-minute re-ordering and turnaround. But when you’re screaming for a “re-up” of a playsuit inspired by a Love Island contestant, how do you know what pressure is being exerted further down the supply chain? There is no flex in the system. That’s when it gets dangerous.

But perhaps there is hope. Inside Missguided seems to have misfired with the audience. The social media pushback is notable; one Manchester-based designer, Olivia Welsh, launched a petition against the show, balking at how it “glossed over” the fast fashion element. The industry title Broadcast reports that it “became the joint-worst 10pm doc launch of the year”.

My dream is that TV’s gatekeepers get the message. Uncritical love letters to planet-trashing systems such as this are no longer ratings winners. Instead, could commissioners use TV’s huge power to help us decipher the environmental and social impact we are creating?

Silence in the TV industry on nature and climate and other critical environmental issues is getting embarrassing. Next month, Albert, the Bafta-led consortium on environmental sustainability for film and television, releases its second report on “Subtitles to Save the World”, which uses subtitles to analyse environmental coverage in mainstream programming. This year, it is expected that programme makers will have done slightly better than 2019 (“climate” got a little over 3,000 mentions). But it is likely that coverage of climate and environment will still fall below that of the likes of cats and zombies. Might this misguided propaganda film be a useful turning point?

• Lucy Siegle is a journalist who writes about ethical living

A Fresh Start on the Mountain That Changed Her Life