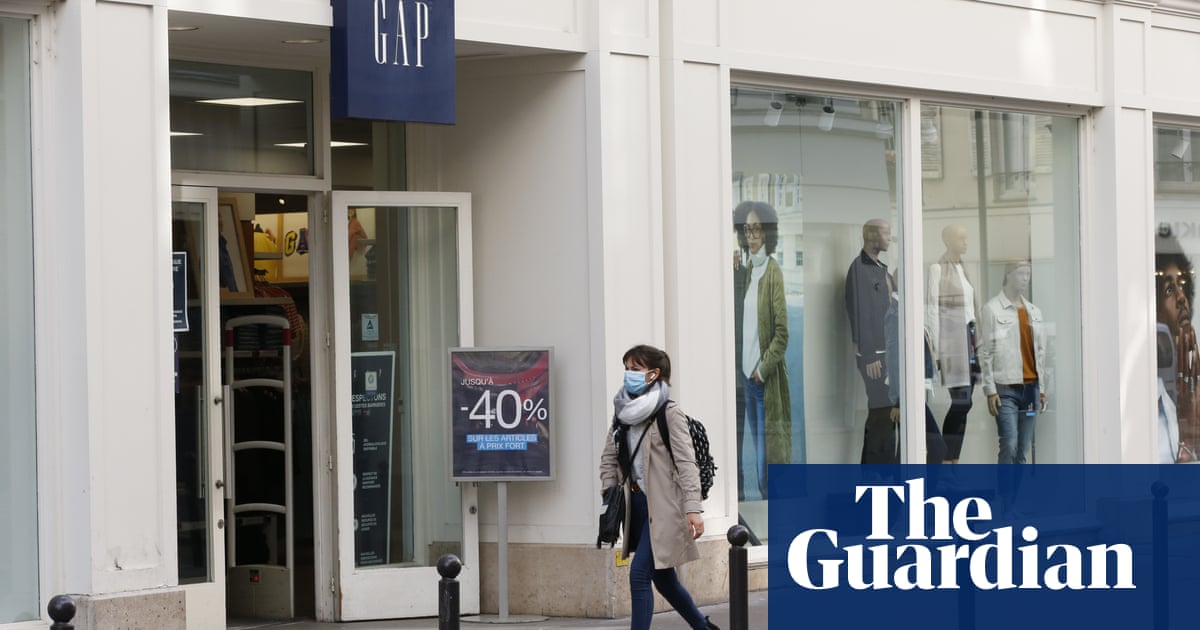 The American fashion chain Gap is considering closing all of its 129 company-owned stores in Europe and a distribution centre in Rugby next year, potentially putting hundreds of jobs at risk.

The company, which has more than 70 stores in the UK and four in Ireland, as well as outlets in France and Italy, said it now wanted to operate in Europe through “partnerships”, potentially both online and in stores.

Currently the group has 158 franchise stores in Europe, on top of the company-owned outlets, and said that was where its focus would lie.

“As we conduct the review, we will look at transferring elements of the business to interested third parties as part of a proposed partnership model expansion,” Mark Breitbard, head of Gap’s global operations, said.

The latest closures come after Gap’s parent group closed all its Banana Republic stores in the UK two years ago.

Gap is the latest fashion chain to consider closing stores as shoppers rein in spending on clothing during the pandemic. The shift to working from home, cancellations of events from theatre trips to weddings, combined with health fears and economic worries, put a further dampener on an industry that had already seen sales slow in recent years.

Retailers including Marks & Spencer, Debenhams, John Lewis, New Look, Oasis, Warehouse and Topshop have all been closing stores amid heavy competition from online specialists such as Asos and Boohoo, and rising costs from business rates and wages.

Spending on technology and experiences has also diverted cash from clothing, while consumers have begun to question the fast-fashion industry and its environmental and ethical impact.

Gap’s parent group said it would close more than 200 of its main brand and Banana Republic stores globally this year. Sales fell 18% in the three months to the end of August when the company, which also owns Old Navy, made a pre-tax loss of $41m (£31m).

Sales performance in Europe was far worse amid widespread high street lockdowns to control the pandemic. Sales fell nearly 47% during the quarter to $72m.

Tiffany, LVMH are in talks to reduce the value of their deal and settle dispute, sources say