Skip to Content
Home / Fashion / What Is Elite TikTok? 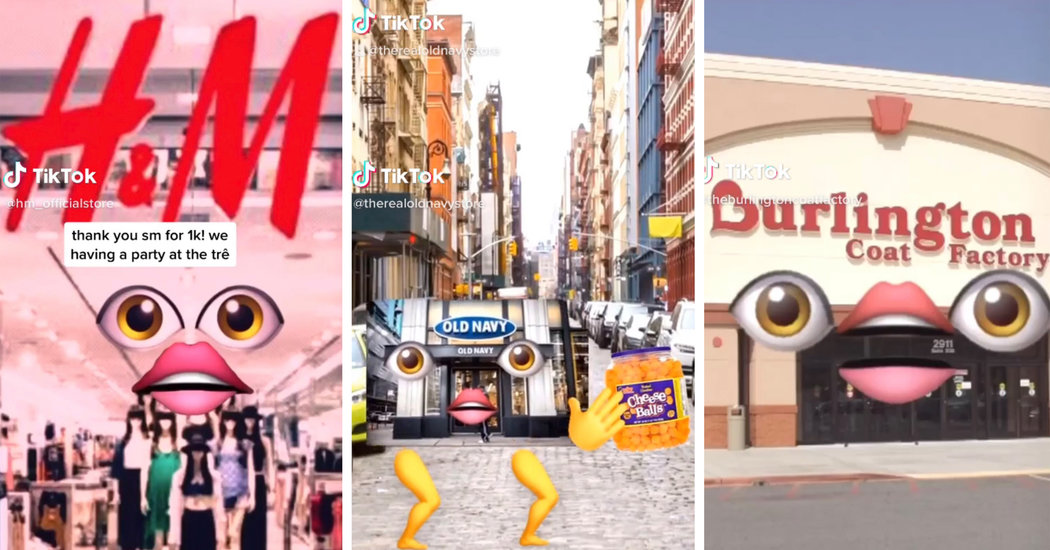 As multinational corporations face a reckoning, thousands of American teenagers are playfully posturing as retail stores and popular household brands on TikTok.

This universe of faux brand accounts makes up just a sliver of what is known on the platform as Elite TikTok, or Alt TikTok. It is not marked by the attractive dancing young people most readily associated with TikTok — that’s called Straight TikTok — but instead a loose group of subjects and behaviors: beans, frogs, fairy-speak, Elmo edits and self-referential jokes.

“Elite TikTok is this weird group of chaos that these kids have made into a thing,” said Connie Yao, 22 and a talent manager for influencers in Sydney.

Anthropomorphized brands are also in its wheelhouse.

Accounts like @ibuprofenmedicine, @dollartree_officiall and @bathandbodyworksofficial1 and hundreds more have assigned personalities to stores and products, such as a bottle of shampoo, adding lip and eye emojis to storefronts and logos to create a face. This group is called Retail TikTok. Its members use personified brand accounts to act out story lines, post comedy videos and participate in viral challenges and memes.

Megan, 14, who runs @walmart.department.store, said that acting out scenarios as a multinational corporation is a fun creative exercise. “Some stores date,” she said. “They make fake things happen between them. I know Goldfish and Fruit Gushers are dating. I’m pretty sure In-N-Out Burger and some other restaurants are a couple too.”

Eleanor, 14, who runs @Swiffer_Official, said that she prefers that TikTok account over her main account. It’s lower-stakes and allows her to engage in silly feuds with fake competitors.

“If you’re Takis, you try to expose Hot Cheetos because they’re your enemies,” she said. “You’ll find bad reviews of Cheetos online and make a video about them. It’s cancel culture, but fun. We all canceled Dasani because no one likes Dasani.”

The brand accounts follow other Elite TikTok trends, including obsessing over pictures of a young Jason Earles, an actor who appeared in the Disney show “Hannah Montana,” and Adam Jones, a 17-year-old member of a Christian family band. When obscure audio clips like the theme song from “Martha Speaks,” a PBS Kids show and a clip from “The Gummy Bear Song” started trending in May, Elite TikTok was responsible.

When it comes to obscure TikTok audio tracks, there’s a level of one-upmanship among members of Elite TikTok. “There’s two audios, ‘tacos are not for breakfast’ and ‘who in the hell put the muffins in the freezer,’” said Ava, 15, who runs the @OfficialTabasco account on TikTok, “That’s what people who are trying to get into Elite TikTok think it is. They think they’re in Elite TikTok, but really they only know those audios and are posers.”

Members of Elite TikTok often make strange audio tracks go viral, then mock Straight TikTok users who post videos that incorporate them. The joke is that they will dance to anything. Avani Gregg, a popular TikTok star known primarily for her dance videos, was called out when she claimed to be part of Elite TikTok.

Though an account posing as a tub of Vaseline has been around since last fall, the retail offshoot of Elite TikTok didn’t really gain traction until late April when an account known as @PurellOfficial began posting as a personified bottle of Purell. Soon after, an account posing as Burlington Coat Factory adopted and popularized the format.

Now, hundreds of brands are represented on TikTok. Josey, 13, made her account @BurgerKingRetail just two days ago. She said boredom during quarantine was a motivating factor.

“No one really has that much to do right now,” she said, “so this gives us people to talk to and make content with.” Megan said many brand accounts start group chats and have made friends with each other; hers is called “Retail Besties.”

Some teenagers said the parody accounts had introduced them to new companies and reshaped their perception of others.

“I’ve seen Bass Pro Shops before, but now I actually kind of want to go,” Eleanor said. Megan said that she’d never heard of In-N-Out Burger before being introduced to it on Retail TikTok. Now, she wants to eat there. “If I ever travel out to where there’s In-N-Out Burger I want to try it out now,” she said.

The rise of Elite TikTok mirrors that of Weird Twitter or Weird Facebook before it. John Herrman, a New York Times reporter, once described Weird Twitter as “vast and amorphous; what it looks like depends hugely on whom you follow, when you followed them, and what you find funny.” The same could be said of Elite TikTok. “What we want to do is get away from all the popular creators who post dancing stuff,” said Ava.

In a Medium post titled “TikTok Is Only Getting Weirder,” Kristin Merrilees described the many subgenres of TikTok that have risen up lately. “There’s color TikTok, which consists of accounts that act as personified versions of different Pantone paint swatch colors,” she writes. “Others include state TikTok, element TikTok, medicine TikTok, appliance TikTok, plant TikTok, vegetable TikTok, even strait TikTok (as in the water feature). Every time I open up TikTok, there seems to be a new side.”

As more communities on TikTok fracture and emerge, even the app’s youngest users can struggle to keep up. Nava, a 12-year-old in Washington state, said that lately even more dark and bizarre videos have begun to appear on her feed.

“I’m definitely on Elite TikTok or Alt TikTok,” she said, “but this week I found myself on Deep TikTok.” DeepTok is the even more bizarre cousin of Alt TikTok or Elite TikTok. In her Medium post, Ms. Merrilees describes DeepTok as “if deep-fried memes came to life.”

“I got one video that was a shrimp dancing to a creepy song, and one where three men were riding on a tandem bike. I wouldn’t call it scary, but it’s weird,” Nava said.

“I think Deep TikTok is the new Elite TikTok,” she said in a phone interview on Tuesday. “It’s very over the top, quirky and eccentric, it’s trying to be as far out as possible.”

Fenty Skin is Coming to Sephora + Other Beauty News You Missed