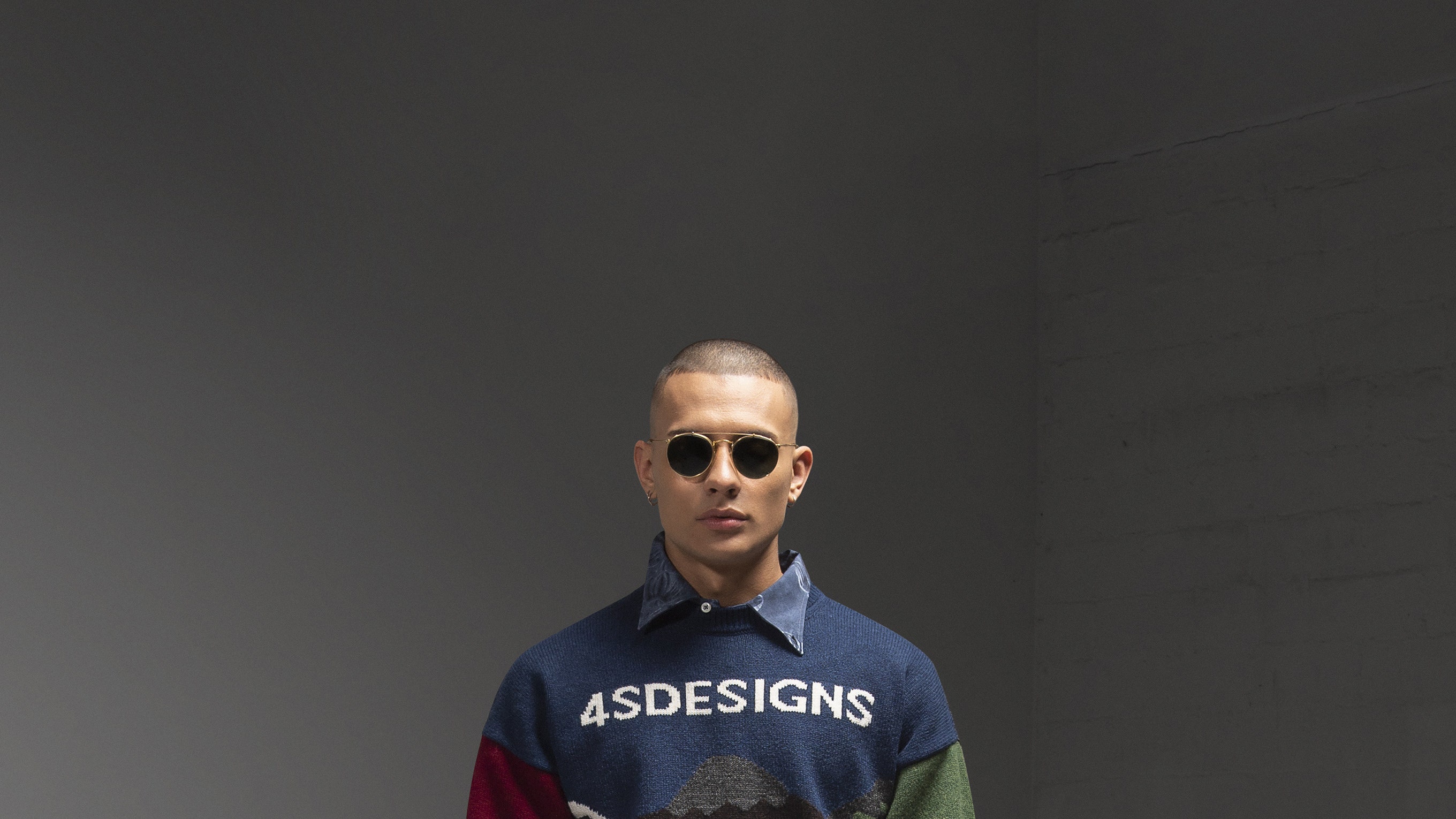 It reads like a fable: On the mountains of Italy’s Marche region lives a subspecies of sheep called sopravissana. Their wool is prized, used by all the most famed luxury companies in the world. Angelo Urrutia of 4Sdesigns wanted to use it to make a sneaker. The wool was knit into a sock-like upper. Then he told the factory to brush it to fluff it up like shearling. The artisans balked; only a crazy person would brush sopravissana wool. He gave them an ultimatum: “Do it or I won’t make the sneakers.” So the wool was brushed and the sneakers were produced and worn in Urrutia’s new lookbook.

Every item in Urrutia’s fall collection combines craftsmanship and ingenuity. A bouclé bomber jacket featuring a tulle overlay looks from afar like a regular men’s jacket but up close it has the beauty and intricacy of a Chanel tweed. The collection’s plaids, meanwhile, are made by the famed Italian Dondi mill. It’s the first time the Dondi Gruppo has allowed its logo to be incorporated into a pattern. Urrutia chose it because he remembers growing up and reading the fine print on Armani adverts: Tessuti by Dondi.

This deep love of fashion—and encyclopedic knowledge of materials and history—is what makes his collection of ordinary menswear extraordinary. He places his pockets towards the back to create a rakish slouch and has the baldanza, his Italian colleagues must say, to make a pullover entirely out of shearling, a 32-ounce bouclé camp shirt in safety orange, and a navy water-resistant poncho trimmed with black feathers. Urrutia is also sensitive to include his Salvadoran heritage within his American-Italian sportswear fantasy. He’s translated traditional Central American landscape knits into a logo sweater and incorporates four countries’ flags—U.S., Italy, Japan, and El Salvador—as a recurring motif. In the end, Urrutia says, he’s set up his brand in New York and continues to refine American men’s staples because he wants to reinforce “the idea of America as a positive place, a place where you can live your dreams.” He certainly makes the case that fashion fantasies can still bloom in New York.