British period dramas don’t tend to inspire our wardrobe choices. We can’t recall wanting to dress like the cast from Downton Abbey or Poldark. Okay, The Crown has some inspirational get-ups, but it’s more toffs in top hats again. The interest in Peaky Blinders comes from its working-class heroes. The distinctive style of Birmingham’s favourite mob family captured our imagination from the start. And like Mad Men before it, this is a TV show that’s influenced how real men dress.

It even found its way to Fashion Week in 2019. At the Kent & Curwen AW19 presentation in London, it looked as though co-owner of the brand David Beckham had raided Tommy Shelby’s closet. Together with creative director, Daniel Kearns, Beckham revealed the exclusive Kent & Curwen collaboration with Peaky Blinders creator, Stephen Knight, and he was wearing most of it.

‘Garrison Tailors by Order of the Peaky Blinders’ is a capsule collection inspired by the series and crafted by Kent & Curwen which drops in October. Beckham’s outfit on the day gave us all a taste of what to expect: a herringbone peak lapel coat, striped collarless shirt buttoned up to the neck, a navy cardigan subbed for a waistcoat and the essential baker boy cap with winter boots. Now, as season 5 of show approaches, Daniel Kearns sums up our collective obsession with the Shelby brothers’ look – and it’s not all about the famous Peaky Blinders hairstyle: “I have always found that era to be incredibly inspirational, when men dressed with empowerment but also with a new sense of freedom, when new things felt possible. The costumes from Peaky Blinders are not just a sartorial uniform, they feel like armour: they empower and protect the characters, and I love that idea. I think we all need a little armour in our lives sometimes.”

Despite the show being set in the 1920s, the costumes are classic menswear staples that feel just as contemporary today as they did then. 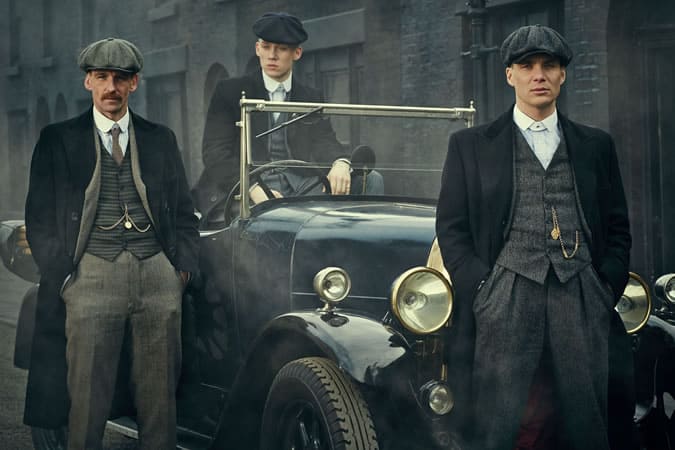 What Is Peaky Blinders Style?

In this modern era of hyped sportswear, perhaps some of us miss getting dressed up, especially in a way that shows we belong. “I think there is always something beautiful and graceful in the traditional and authentic; the attention to detail and the gentleman’s code of dress,” says Kearns.

“I think we have become lazy sometimes in how we dress – the fast food approach – and we miss that empowering feeling you can get from dressing well. I think it’s also incredibly important how the individual can put his twist on the codes, and that can just make the allure or the aspiration, which for sure the Shelby brothers exude.”

The costumes and the story aren’t entirely accurate – the kind of Birmingham gangs featured in the show had basically faded away before World War I. However, what is true is that people were largely poor, and working-class men typically had one pre-made suit (not always matching), one set of boots and a top coat for ‘best’. These were in dingy colours and made from heavy materials that would rarely have been cleaned. By contrast, the Shelbys are dandies: they take real care of their looks. As their crime syndicate becomes more and more profitable, they move from the grimy cobbles of industrial inner Birmingham to the manicured lawns of the suburbs and then to a sprawling country estate. The 1920s was a famously decadent period, and while the men never lose their original, three-piece aesthetic, the Peaky Blinders outfits increasingly reflect their nouveau riche lifestyle.

How To Do Peaky Blinders Style

The topcoats, an essential foil to the inclement Black Country weather, were typically made of tweed (the natural water repelling quality of wool was the era’s Gore-Tex). They were long, single-breasted and hovered around mid-calf and were generally shades of grey or black. As a style, it’s never really gone anywhere: this is as classic as an overcoat gets. Notice how Tommy’s gets silk linings and a velvet, then a fur collar, as his status evolves through the show.

In terms of choosing a winter coat for yourself to replicate the look, sizing is key. You don’t want something too slim, as the coat will need to sit comfortably over a suit. For something more modern – an updated take on the Peaky look, if you will – try a coat with unstructured shoulders. It’ll offer more of a slouchy silhouette and will be far comfier than a sharply tailored coat. In the series, the woollen newsboy or baker boy caps are the real armour, with a razor blade concealed in the brim, giving the gang their ‘Peaky Blinders’ moniker. Give that detail a miss, though. Tommy never stops wearing his cap, to show solidarity with his brothers, but it also represents his insecurity around his new social footing. Baker boys were typically working-class hats and stood out against more formal fedoras or other wide brim hats worn by wealthier classes.

The trouble with baker boy hats is that they can look gimmicky, so keep it in line with the Blinders and stick to dark greys, blacks and navy. The key to pulling them off is how you wear them – confidence is a must, you don’t want to look as though you’re conscious of the cap. Just throw it on and forget about it. A three-piece, two or three button suit is the cornerstone of the Shelby look. Initially made from plain tweed, the materials get richer in line with their fortunes until even John Shelby has the look of English landed gentry, to match the gang’s country estate. Michael Gray, with his outsider position as Polly’s estranged son, has a more middle-class look, often wearing full pinstripes. The trousers were either pleated or flat fronted, were held up by braces and were finished with short hems to show off the boots.

You can get away with the Peaky look without a suit jacket, but for authenticity you should go for a matching top and bottom half. Try and ensure the suit is of a lighter shade than the overcoat, a preference of the gang which increases the look’s formality. Shit-kicking eight-hole leather work boots are an essential part of the Shelby uniform. The streets were filthy back then, and most men had manual jobs, calling for tough footwear. Boots also differentiated the gang from the wealthy associates they inevitably hang around with throughout the show, who would wear smarter Derbies or Oxfords. Like the baker boy caps, boots hinted at working-class origins.

These aren’t hard to find, but then as now, try and spend the most you can on a decent pair (try Grenson, Loake or Trickers) that will last. Many brands offer military-inspired designs with slightly chunkier soles, which are arguably the most accurate option. It’s highly likely that gangs like the Peaky Blinders would have just worn their leftover service boots from the war, or indeed, bought similar ones upon returning from duty.

The starched white, penny collar shirts are Tommy Shelby’s trademark. These rounded, detachable penny collars were a popular option at the time – rather than wear a new shirt every day, you’d just swap in a fresh collar, saving time, money and effort.

Tommy occasionally sports Bengal stripes: if this ever looks at odds with the suit, it’s intentional. Tommy isn’t fully comfortable in a rich man’s world, and the odd pairings often reflect this as he tries to incorporate certain ‘rich’ items that contrast with his usual wardrobe. Gold and silver grandfather pocket watches on a single or double chain, tie bars and pins and monogrammed signet rings provided the bling of the day. The tie is the one adornment of the entire look where the gang break the monochrome palette and flash some colour. Arthur Shelby’s trademark is a silk bow tie, which admittedly, may be tricky to pull off today.

A good place to start with would be a slim navy polka dot tie, which provides the necessary colour but isn’t too lairy. For a wardrobe-friendly take on the jewellery, hunt down vintage versions at local flea markets or trawl through eBay. Alternatively, you could of course invest in your own heirloom pieces to pass on to future generations as Tommy would have done. 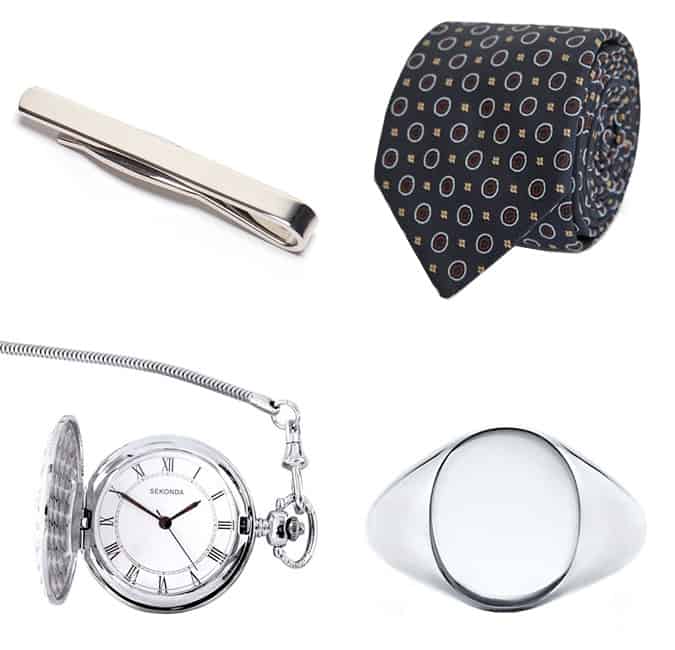 Jann Wenner Wants to Reveal It All

A Gilet Is The Coolest Way To Stay Warm Right Now