Skip to Content
Home / Fashion / Things To Do At Home 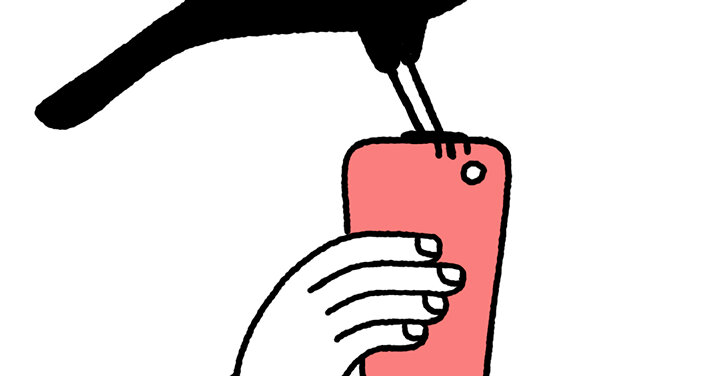 Here is a sampling of the week’s events and how to tune in (all times are Eastern). Note that events are subject to change after publication.

With nearly 30 million Americans unemployed, Labor Day has taken on additional meaning. Join Red Wing Shoes’ #LaborDayOn initiative. If you’re looking for work, head to one of the 525 stores nationwide that the Minnesota-based brand has turned into a temporary job center or peruse the listings online. If you own a business, advertise any job openings on social media using the hashtag.

When All day
Where redwingshoes.com/labordayon

Sweat along to New York Road Runners’ virtual strength class, which targets stabilizer muscles to prevent running injuries. All fitness levels are welcome; you just need a mat, towel and chair or couch. The class is free, but a donation to N.Y.R.R.’s Youth and Community Programs is encouraged.

When 5 p.m.
Where eventbrite.com

Log on for the annual conference hosted by Girls in Tech, a nonprofit committed to achieving gender equality in the technology world. Highlights from the daylong program include a session on breaking into the industry in the post-pandemic era led by Lesley Slaton Brown, the chief diversity officer at HP, and a talk by Poppy Northcutt, a former engineer for NASA’s Apollo Program during the space race.

Settle in for a night of country music with the singer-songwriter Margo Price, whose third studio album, “That’s How Rumors Get Started,” was released in July. It “sparkles with gospel singers, iconic guitar lines and soaring, catchy hooks,” wrote T Magazine. She performs live from Brooklyn Bowl Nashville. Tickets cost $14.99.

Consider the role architects and urban designers could play in the response to the effects of the coronavirus and systemic racism during a panel discussion called “Designing Equitable Healthy Cities.” The Cooper Hewitt, Smithsonian Design Museum, brings together National Design Award winners and jurors to tackle the subject — including Mónica Ponce de León, the founder of MPdL Studio, and the dean at Princeton University School of Architecture.

Pop into the Smithsonian National Museum of Natural History’s Virtual Science Cafe. A slate of museum experts touch on topics like what asteroids can teach us about the origin of life on Earth, the lesson fossil records may provide about future climate change and the stories that archaeological artifacts tell about the Neanderthals.

Stream a performance of “Table of Silence Project 9/11,” presented by the Buglisi Dance Theater and Lincoln Center, in partnership with the nonprofit Dance/NYC. Jacqulyn Buglisi first choreographed the piece in 2011; this year’s version features both a new opening sequence and video screening.

Browse the 9/11 Museum’s oral histories, a collection of documents and recorded interviews with survivors, emergency medical workers and victims’ families. Among those recorded are Adrienne Walsh, a firefighter who recalled the fall of the North Tower, and Bruno Dellinger, who owned a small company based in the North Tower and remembered his journey to safety.

Transport yourself to the scenic coastline of Washington State for the weekend-long Puget Sound Bird Fest. Dr. Kaeli Swift delivers this year’s keynote address on humans’ fascination with crows and ravens, aptly titled “Something to Crow About.” And don’t miss the webinar on taking better bird photographs or the virtual guided walk through Yost Park in Edmonds, Wash.

When Through Sunday
Where pugetsoundbirdfest.com

Enjoy an evening of poetry with COUPLET, an annual reading held in the East Village, which has moved online this year. The poet and At Home contributor Leah Umansky hosts, and the lineup includes the American poets Major and Didi Jackson (who are married), as well as the Palestinian-American writer Hala Alyan. Tickets are $5.

Tune in to “Miscast,” the Manhattan-based MCC Theater’s annual benefit gala in which Broadway stars sing show tunes originally performed by characters they would never be cast to play. This year’s show is a 90-minute broadcast featuring recorded numbers by the Golden Globe-nominated actress Beanie Feldstein, the Tony Award-winning Broadway star Heather Headley, the Tony Award-nominated actor Joshua Henry and more. Access to the stream is free on the theater’s YouTube channel. You can make a donation or purchase raffle tickets, which benefit the MCC Theater and The Mental Health Coalition.

Tiffany & Co. Reissues Designs by Elsa Peretti, an Icon in the Jewelry Industry

‘You are more than a body’: the lingerie brand that picks models without seeing them