On Saturday, the Nike SB renaissance takes another great leap forward. After scoring a surprise smash in May with Ben & Jerry’s hallucinatory “Chunky Dunky” collab, the Swoosh’s skateboarding division is readying its kookiest late-period drop yet: a trio of SB Dunk Lows produced in collaboration with The Grateful Dead. Enveloped in panels of shaggy fur and doused in screeching neons, they’re a nod to both the Dead’s legendary Dancing Bear mascots, as well as Nike’s own 2006 “Three Bears” pack, perhaps the most divisive and instantly recognizable Dunks from SB’s mid-aughts heyday. In working with the Dead, SB is tapping into a history of fervent, culture-building fandom deeper even than its own no-longer-cult following.

Growing up in Ottawa in the ‘80s, David Lemieux bought his first Grateful Dead record at 13. “It was Workingman’s Dead,” he remembers vividly now, at 49. “I put the record on the turntable at my mom’s house, and not even 30 seconds in, I knew: ‘This music is for me.’” By 14, he was deep into the tape-trading scene, sending cassettes of live sets back and forth around the globe with other Deadheads. By 16, he was driving and flying thousands of miles across the continent to go to Dead shows alone. “My parents never had any problem with that,” he says, “because they knew I was going to be in a community that was absolutely no threat—a community that would take care of me if I ran into trouble or needed to borrow $50 bucks to get home.” Just over a decade later, Lemieux made the ultimate commitment to the band: signing on as the Dead’s full-time archivist, a role he’s now held for over 20 years.

Employment aside, Lemieux’s story isn’t all that rare. “It’s an enveloping culture,” he says of his brethren, some of whom he’s been seeing again and again at hundreds of shows for almost 40 years now. “For most Deadheads, being a Deadhead is something they’d point to as one of their big identifiers, as who they are. It starts with loving the music, of course, but then you find the community at Grateful Dead shows—18,000 other kind, compassionate, open-minded, non-judgmental people—and you immediately feel at home.”

Nobody would ever accuse sneakerheads of being open-minded and non-judgmental, but collectors of a certain age will see the parallels between Deadheads and Dunk lovers all the same. Back at the turn of the millennium, Nike SB—then a fledgling sideshow at the sportswear goliath—tried to turn the Nike Dunk into a skate shoe, hoping its echoes of the Air Jordan 1 (popular with skaters like Tony Hawk) would make it a hit. Instead, it tanked, and it looked like yet another Nike-led skateboarding venture was dead on arrival. And then the hype intervened. Nike SB let Supreme have a crack at its new flagship sneaker, and the downtown legends flipped it in reference to the Air Jordan 3, with its iconic cement print. When the shoes dropped in September 2002, it turned out to be a star-making moment for both sides of the collab: the SB Dunk Low was officially one of the hottest silhouettes in sneakers, and Supreme became Supreme. “One hundred percent, the Nike Dunk changed the shop,” Jamie Story, a former graphic designer for the brand, told Complex recently. “That sneaker… said that we’re here. That’s when the Lafayette store got heavy with lines and when James [Jebbia] started to get really strict about who can be in the shop and who can’t.”

From that point on, Nike SB exploded. For the next few years, the SB Dunk went on a near-unprecedented run of glorious colorways, an outlandish jumble of major collaborations and deep pop cultural references. There was the unofficial “Heineken” Dunk that landed SB in hot water with the beer company; the Diamond Supply Co. “Tiffany” Dunk that’s now worth more than a lot of the jewelry at its namesake; the Staple Design “Pigeon” Dunk that caused riots overnight in the Lower East Side. They gave Dinosaur Jr. frontman J Mascis his own gleaming silver sneaker, put out a Mork & Mindy high-top more than two decades after the sitcom went off the air, and made increasingly goofy creative choices like a kiltie’d-out “Golf” Dunk and a “Red Lobster” Dunk complete with a rubber band around the toe box. Somehow, it all worked. 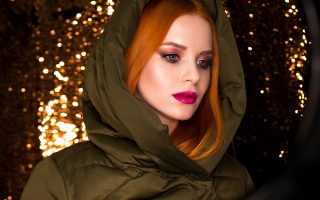 Is It Just Me, or Is Everyone Wearing Dresses From This High-Street Brand?