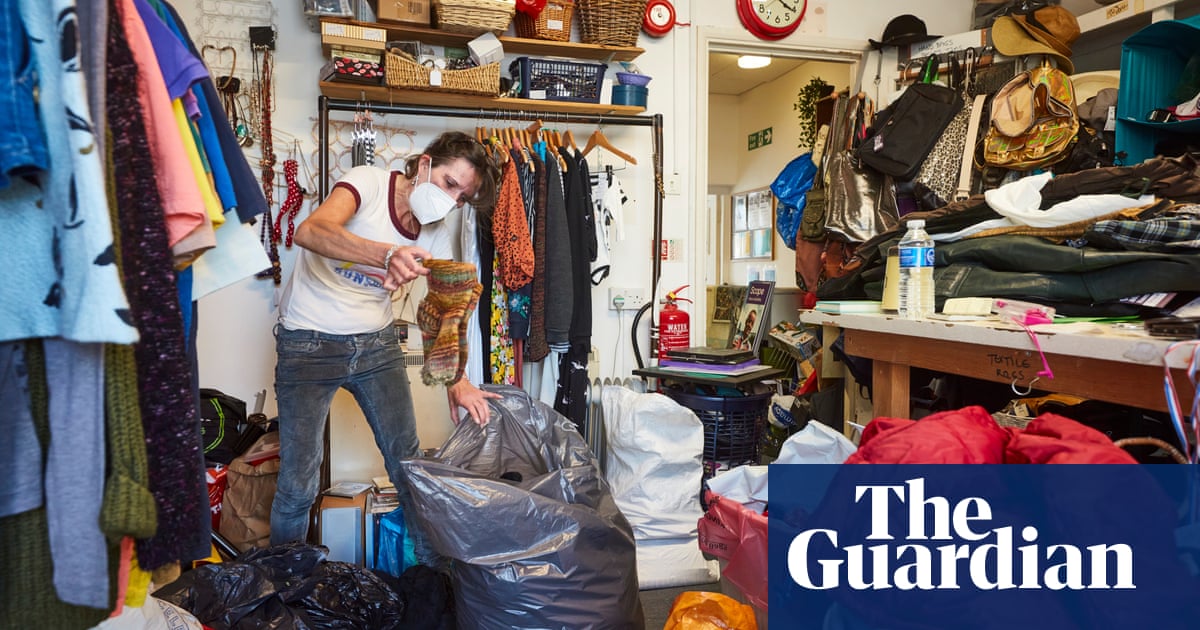 The British public is set to discard 67m items of clothing and 22m pairs of shoes after two in five of us had a wardrobe clear-out during lockdown.

While clothing is the most common item destined for charity shops, clothing recycling schemes or the bin, other accessories including bedding, household textiles and bags all contribute to an estimated 184m textile items waiting to be disposed of, according to the government-backed recycling and reuse body Wrap.

‘Everybody’s doing a Covid clearout’: a charity shop bustles with hope after lockdown

On average, people want to get rid of 11 items of clothing, with more than half of these items still at home awaiting disposal because charity shops and many local authority bins have yet to reopen.

Almost half of participants (49%) in a Wrap survey said they would hand unwanted clothes to a charity shop or charity bag collection service, with shops prepared for a surge in donations after they gradually began to reopen last week. But as many as 14% plan to put unwanted clothes in the general rubbish, with just over one in three of those who have already disposed of these items having put them in the bin.

Peter Maddox, the director of Wrap, said the charity sector was preparing for an “unprecedented volume” of donations and urged people not to dump items outside charity shops or locked donation bins and to check whether stores were open before turning up.

The British Heart Foundation, which has only five of its 750 charity shops open at present, said that one outlet received more than 100 bags of donations before lunchtime on the first day of opening, which is more than double the amount it would receive on a normal weekday.

Oxfam said its 10 stores that reopened last week had received lots of clothing, books and homeware. Fee Gilfeather, Oxfam’s head of strategic planning, said: “As more shops are opening this week we’re delighted that lots of people have been contacting their local store to arrange a suitable time to bring in their donations. This allows us to keep social distancing possible when people come to the shop and to safely manage the storage of items, as we’re isolating donations for 72 hours.”

Robin Osterley, the chief executive of the Charity Retail Association, which represents 400 charities running about 9,000 shops, said reports from members indicated that those shops that had reopened had higher than usual donations but were able to cope with the level of demand.

However, he said that some charities were struggling to reopen all their stores, as up to half of charity shop volunteers had not been able to return because they or someone in their household was particularly vulnerable if they caught the coronavirus. The association has set up a central website for new helpers. “More volunteers would be gratefully received,” he said.

I Just Know These H&M, Mango and Arket Boots Will Sell Out First

I’m a Recent Amazon Fashion Convert: These Are the Items I’m Buying for Winter